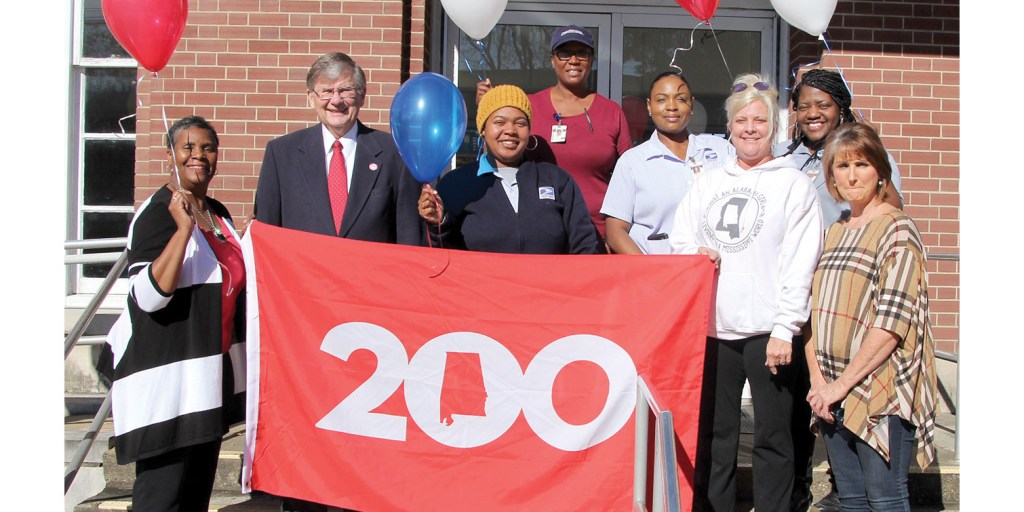 The U.S. Post Office in Demopolis is celebrating its 200th anniversary in 2020.

The post office was established in 1820, just three years after Demopolis was founded and one year after Alabama became a state.

Once established, the post office became a shipping point for cotton and produce from surrounding farms as well as a supply point for freight coming into the growing town.

Today, the post office has 21 employees who also handle the mail for Gallion and Forkland.

In September 2019, following the death of Postmaster Jeanette Jones, Yolanda Spears became the officer in charge and she was officially named the latest postmaster in October. Spears was previously the postmaster in Marion. Prior to her passing, Jones had served as the city’s postmaster for almost nine years.

“Demopolis has an awesome crew of employees who serve a great community of residents. I look forward to helping in whatever capacity needed to continue the 200-year tradition of the Demopolis Post Office,” Spears said.

In all, Demopolis has had 40 postmasters, acting postmasters, or officers-in charge dating back to the first postmaster, Basil Meltier, who was appointed Dec. 24, 1819. The longest serving postmaster was James T. Monnier who served from 1934 until 1962.

Today’s post office on W. Capitol Street was constructed around 1914 and was listed on the National Register of Historic Places on July 28, 1984 due to its architectural significance.

(This article originally appeared in the Wednesday, January 1 issue of the Demopolis Times.)