Dr. Reeves was born and reared in Demopolis as the only child to the late Woodie B. and Maureen Reeves. 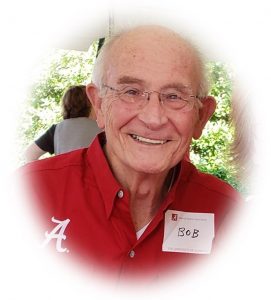 Born in Demopolis in 1937, Reeves starred on his high school football team as an offensive guard. His coach had such faith in him he also appointed him the offensive line coach while he played his senior year. He graduated from Demopolis High School in 1955 and received athletic scholarship offers from many schools including Alabama, Auburn, North Alabama, Troy, Jacksonville State and Livingston. When he decided to make a decision, he realized he wasn’t going to play forever and accepted an academic scholarship from the University of the South in Sewanee, Tennessee.

Little did Reeves know at that time he would break his back during spring practice his freshman year which caused him to spend the next six weeks in the hospital. His football career was finished. After his sophomore year, Reeves transferred to the University of Alabama where he earned his undergraduate, masters and doctorate degrees.

He was a graduate teaching assistant at the University of Alabama before he began his middle school teaching career in Dekalb County, Georgia in 1963.

In 1968, he accepted a position to teach physical education at West Georgia College. For the next 27 years, he taught a wide variety of courses at all levels. His areas of particular interest were tests and measurements, elementary physical education and dance. For seven years, he served as the head coach for both the men’s and women’s tennis teams.

Bob Reeves danced all of his life. When he was in the fifth grade, he would run across town during his one-hour lunch break and take dance lessons from a local instructor. He learned everything from square dancing to ballroom dancing and as music evolved, he mastered the jitterbug and eventually the tango. These skills became an invaluable asset to the west Georgia community where he taught hundreds of local citizens ballroom dancing as a continuing education course through the University of West Georgia.

Following his retirement, Reeves worked until his illness in October 2018 as a personal trainer at Club Fitness. He participated in numerous road races, including the Peachtree Road Race which he last participated in July 2018. He played an active role volunteering in his community, civic and church organizations and was an active member in the Greater Atlanta Sigma Alpha Epsilon Chapter. As a 45-year member of the Kiwanis Club, interim coach of the Bluefin Swim Team, Sunday school teacher, youth choir counselor and serving 27 years as guardian and conservator for his special-needs cousin, the late David Horton, he never stopped helping people.

The family received friends at the Carrollton First United Methodist Church Gathering Room on Friday, Jan. 3 from 4:30 to 7:30 p.m.

In lieu of flowers, memorial contributions may be made to the University of West Georgia Foundation – Dr. Robert M. Reeves Scholarship Endowment Fund and mailed to UWG Foundation, 1601 Maple Street, Carrollton, Georgia 30118. For additional instructions, please contact Hailey Jackson at hjackson@westga.edu or call 678-839-3980.

Messages of condolence may be expressed to the family online at www.almonfuneralhome.com

Almon Funeral Home of Carrollton, Georgia has charge of arrangements.