Some of best hotdogs made in Alabama

In several of my “musings” recently I have talked about getting a good hotdog. There are a few places around where you can get “okay” hotdogs and I have mentioned some of those. I have talked about several locations where you can get an excellent and well-prepared hotdog. But, sometimes, when all the grandkids come over or you have a big party or something, you can’t just transport them all to Tuscaloosa for a hotdog. Not to mention pay for so many of them. So, we mostly all just buy what is available to us and fry, grill, or boil away and sling ‘em on a plate with whatever level of condiments the kids like most. Or maybe just plain on a bun of your choice. You know me though, I am never satisfied with the status quo. 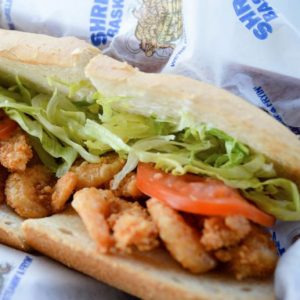 So, my wife and I are always looking for something a little better than the average. When I was a kid we would eat whatever was on the table. We learned early that if you hesitate, you lose. We lived on a farm and after work comes a bath then chow. I think I was a teenager before I stopped literally falling asleep at the table after a long day of work/play and then getting that hot meal in me. My dad had more stories of actually catching me before I hit the floor and dragging to my bed. Sometimes we would have “weenies” and we loved them. I even remember the maker. It was an Alabama company I will name in a minute. Now this maker is still in business and has “weenies,” “dinner franks,” and “hotdogs.” I guess I should do more research and find out the difference between the three but then it would probably matter which one I bought and I am not sure I am ready for that level of hotdog culinary education.

For probably more than 30 years and through my children’s’ early childhood, we defaulted to what “looked” like the best and most popular hotdog in the stores, Ballpark. I always guess I knew there was better hotdogs out there but I really assumed that except for the most expensive ones that weren’t easy to get, they were all just an amalgam of beef and pork parts of mostly leftover cuttings from the bottom of the butchers table. You know, all the stuff you can’t put into any other package and call it food. For this very reason lots of people just won’t eat “processed” meat. They don’t really know what’s in it. I have written several times about getting that un-chewable “thing” in your food that without scientific investigation you just will never know what it was.

We were shopping in a store we don’t normally frequent and we saw a “Ballpark Prime” hotdog that was more costly but promised a better quality of “meat” inside the hotdog. They were right. These were clearly above average quality and the texture wasn’t so liquefied and reconstituted. They actually had a little “snap” when you bit them. Improvement. We found out quickly though we were having a most difficult time finding them. Finally, we couldn’t find them anywhere. The store we were buying them told me they were “seasonal.” Whatever. They are hotdogs.

I was in the Walmart store in Demopolis and happened to mention to one of the “meat guys” my never-ending search for a quality hotdog. He just said “it’s the filler they put in all those hotdogs that you don’t like?” I said, “Well, yes.” He said “Zeigler hotdogs don’t have any filler.” I was floored. I went over and bought some immediately. I also bought some “Southern Smoked Sausage” to throw on the grill and give them a try. They were great! The price is right, you can find them in almost any store in Alabama, and as of yet I haven’t found anything inedible in them.

This is the company I was talking about above. They have been making breakfast sausage, ham, turkey, bologna, bacon, polish, red hots, sausage biscuits and more right here in Alabama since 1927. Mr. Zeigler was born in Greenville in the 1890s and later started the company in Bessemer. Mr. Zeigler died in 1964 and the business ended up bought by three Tuscaloosa guys, James Hinton, Frank Moody, and Paul “Bear” Bryant. The Hinton family still runs it today.

My folks had it right. I had been looking all over the country for the perfect hotdog and had found many. However, they were very expensive and difficult to get. We couldn’t be happier with the Zeigler family of products.

Eat’n Out with hotdogs right here in Alabama. Find out more about Zeigler products at zmeats.com.

— Robert Duke is a columnist for the Demopolis Times and a native of Gallion. His column, “Eat’n Out,” appears weekly.