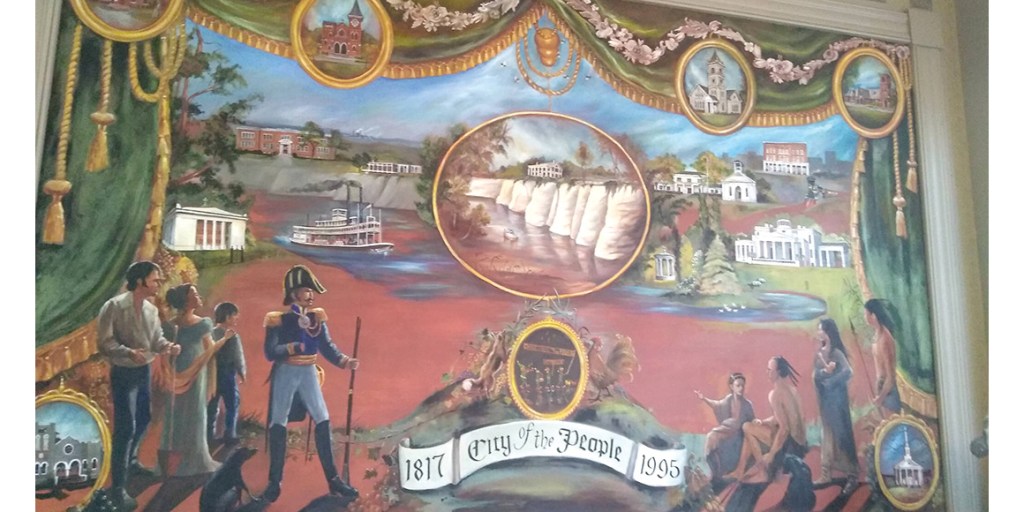 A familiar piece of art to customers of Robertson Bank has a new home.

Early in 1995, Robertson Banking Company, under its then-president, John E. Nothcutt, commissioned Margaret Ellen Horan Webb (Mrs. J. C. Webb) of Marion, to paint a symbolic and historical representation of a variety of scenes and landmarks included in the history of Demopolis. The oil painting has since hung in the lobby of the main bank in Demopolis. As Robertson Banking Company prepares to celebrate its 150th year serving the citizens of West Alabama, the bank has donated the painting to the Marengo County County Historical Society.

Titled “City of the People,” the painting features many historic sites and symbols that highlight some of the influences of Demopolis’ development: American Indians, the White Bluffs, original French settlers, a rooster, local churches including Morning Star Baptist Church, the railroad, and many other depictions that shaped the town.

(This article originally appeared in the Wednesday, January 8 issue of the Demopolis Times.)