Current Linden City Council member Neal Jackson, 65, passed away on Jan. 13, 2020. Jackson served on the city council since 2000 and saw to the city’s needs in streets and sanitation as District 4 representative. 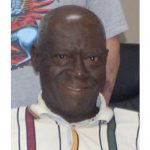 “I thought a lot of Neal. He served the town of Linden well,” Mayor Charles Moore said.

Jackson was also a member of the Marengo Nursing Home Board and served on the Linden Utility Board from 2008 until 2016. He was also a captain with the Linden Fire Department.

Moore recalled that Jackson loved volunteering with the LFD and was at the fire station most weekends. Moore said that “Every call that went out, Neal was always at the station.”

Officials with the LFD announced his death on Facebook on Monday. “Neal was an icon for the fire department, always cutting up with everyone and making all of us smile. Neal also had a nickname for everyone. Just give him a little time and you had a nickname. It was always hard to get him to stay still to take a picture unless you just catch him off guard. This smile will be missed by all of us at Linden Fire Department,” officials said in the announcement.

Jackson was a member of Sand Hill AME Zion Church in Half Acre, Alabama.

He also spent much of his career as a car salesman at Baugh Chevrolet in Linden before moving on to another dealership in Selma.

The city council will appoint a council member to serve until the election later this year.