Brianna Williams appeared in a Jacksonville, Florida courtroom Wednesday where she entered a plea of not guilty to two counts of child neglect and one count of giving false information to law enforcement. 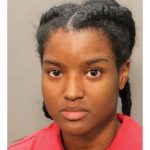 Williams, 27, was charged in November after reporting to law enforcement on Nov. 6 that her daughter, Taylor Williams, had gone missing. The search for Taylor led officials to Marengo County where the 5-year-old child’s remains were found near a dirt road located west of Linden. A grave-stone style monument has been placed in that area in remembrance of Taylor.

Shortly after Taylor’s remains were found, Brianna Williams reportedly attempted suicide and was hospitalized and placed into a medically-induced coma. Formal charges were brought while she was in the hospital.

Brianna Williams is a former Linden resident and a 2010 graduate of Linden High School. She was living in Jacksonville where she is stationed with the Navy.

Williams is being held in a Duval County, Florida jail with bond set at $1.1 million. Her next court date, a pretrial hearing, is scheduled for Feb. 4.

(This article originally appeared in the Wednesday, January 15 issue of the Demopolis Times.)