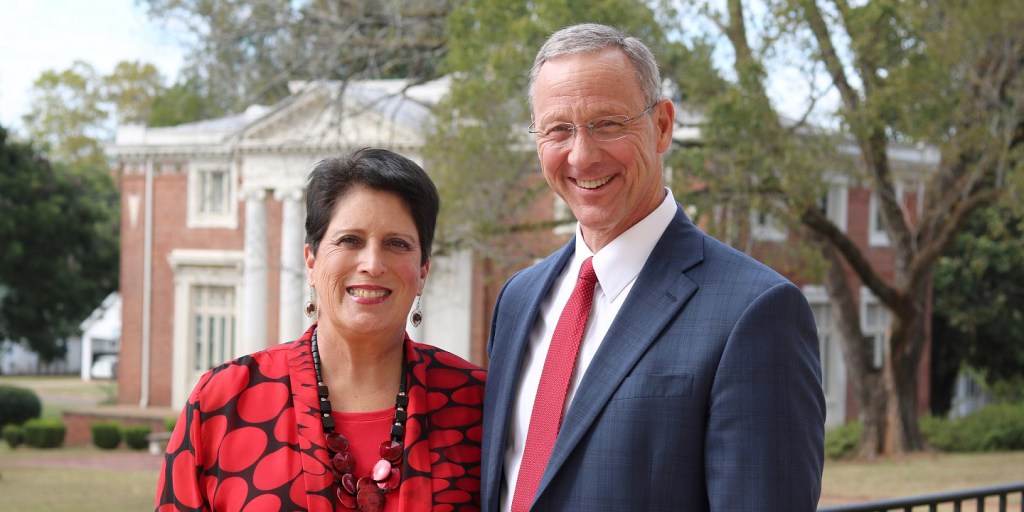 On Friday, April 3, 2020, Judson College will celebrate the inauguration of Dr. W. Mark Tew as its twenty-third president.

The ceremony will be held at 10 a.m. in Alumnae Auditorium on the Judson College campus in Marion, Ala. A reception will follow in the Sara Hunt Christenberry Dining Hall.

Tew, who began his term as Judson President in March 2019, holds Bachelor of Science and Master of Business Administration degrees from Samford University, as well as Master of Divinity and Doctor of Theology degrees from New Orleans Baptist Theological Seminary. In his more than three decades in higher education, he has served three Baptist institutions: Judson College, Southwest Baptist University in Bolivar, Missouri, and, most recently, Howard Payne University in Brownwood, Texas.

Tew’s wife of 36 years, Ann, earned a Master of Arts in Higher Education Administration from the University of Alabama and holds a Bachelor of Science in Nursing from Texas Woman’s University. A registered nurse and registered pharmacy technician, Mrs. Tew most recently led the Health Science Technology program at Brownwood High School. She was named the New Outstanding Career and Technology Educator for the state of Texas in 2013.

The Tews reside in the Judson College President’s Home in Marion. They have three children and seven grandchildren. Their daughters, Elyse Weeks, Clara Owenby, and Nicole Bean, are all Judson graduates.

(This article originally appeared in the Wednesday, January 29 issue of the Demopolis Times.)