MCSHOF inducts four new members as the Class of 2020 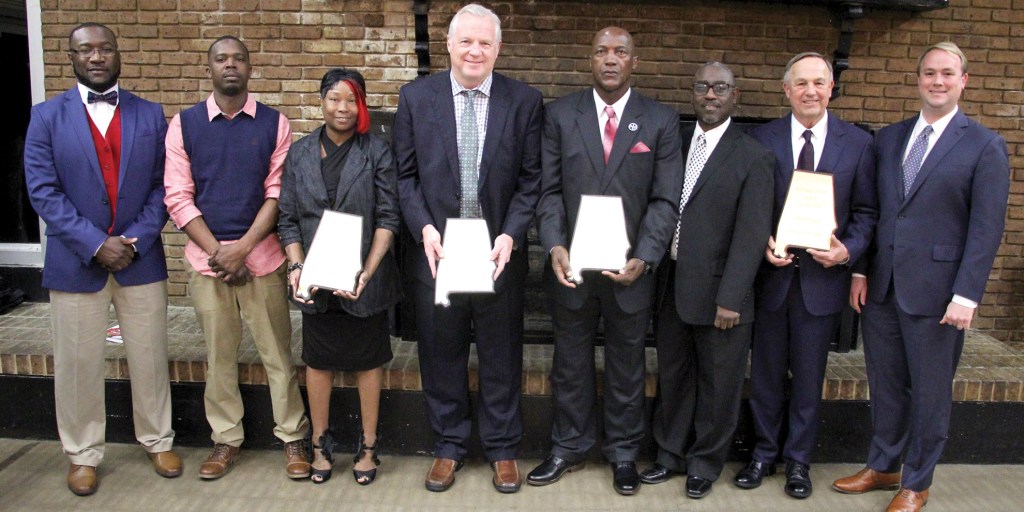 The Marengo County Sports Hall of Fame officially inducted its 2020 class during a banquet held Monday at the Demopolis Civic Center.

Also recognized during at the banquet was this year’s MCSHOF Scholarship Recipient Timothy Grayson, a senior at DHS, and the 1977 Class of 1977 Marengo Academy baseball team was named the Team of the Year. 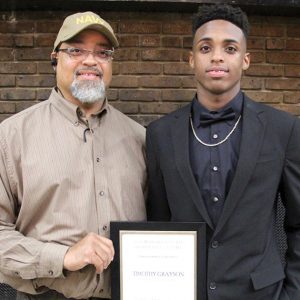 The evening began with MCSHOF Board Member Johnny Brooker presenting Grayson with this year’s scholarship. “(Grayson) is the type of individual who distinguishes himself, not only in sports, but also in academics,” Brooker said.

DHS Head Football Coach Brian Seymore described Grayson as “a driven young man who thrives to be successful in all things.”

The induction of this year’s hall of famers began with Charlie Abrams being inducted by his brother, Jason Abrams.

Abrams was a standout football and baseball player for DHS from 1983 to 1985 and went on to play football at the University of Alabama.

Joe Brown was inducted by his teammate at John Essex, Elsa Charleston.

Brown earned many awards during his athletic career at John Essex and went on to play football at Alabama State University.

“Anthony can best be described as a humble competitor. As a head coach, you love the guys who are competitive and who makes everyone around them better. It is one of my greatest honors to have the opportunity to coach him,” Williams said.

John Ruzic was introduced into the hall by his grandson John Daniels Ruzic and the award was accepted by his son, John Ed Ruzic.

Ruzic played football and baseball at DHS from 1935 to 1938 and was the team’s co-captain and captain in 1937 and 1938, respectively. He went on to play football at Spring Hill College.

His son said John Ruzic never spoke about his athletic accomplishments and that the family only learned about them through research.

“Thanks to the Hall of Fame for the opportunity to help our family learn about his accomplishments at Demopolis High School,” John Ed Ruzic said.