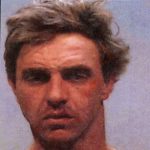 Braxton Cook, 30, of Pine Hill was charged with theft of property and burglary.

The department has been able to return some stolen items to owners and is working on returning all items. Items stolen include guns, a refrigerator, an amplifier and a guitar.

Some stolen items were reportedly sold by Cook.

The sheriff’s department is also investigating other individuals and expect at least two more arrests to be made.