A teacher at Sweet Water High School was indicted this month after being arrested for sexual misconduct.

Johnny Lockett, 28, a physical education teacher and assistant football coach, was arrested by the Marengo County Sheriff’s Office and charged with having sexual contact with a student. 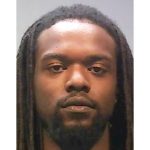 According to the MCSO, the investigation began upon being reported by school officials. The result of the investigation led to evidence of Lockett having been involved in a relationship with a 17-year-old student.

The Marengo County School Board accepted Lockett’s resignation on January 23, according to Superintendent Luke Hallmark.

“We learned of an allegation that a Marengo County School Board employee had been involved in an inappropriate relationship with a student. We take all such allegations extremely seriously and immediately initiated an internal investigation at which time the employee in question resigned. We have turned over all information in possession of the school system related to the allegations to appropriate state and local officials,” Hallmark said in a statement.

Lockett was indicted by a Marengo County Grand Jury and was released upon posting a $30,000 bond.