The River City Bass Masters honored one of their own last week.

Bill Champion was recognized for 40 years of membership during a special meeting held last week at Mr. G’s restaurant in Demopolis. He is one of the charter members of the club dating back to when it was established in 1980. 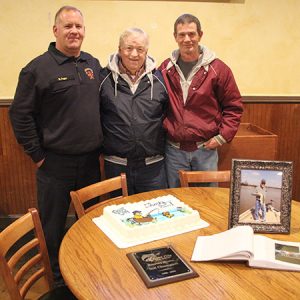 “It started with a bunch of guys hanging out at Willingham Sports who decided they wanted to start a bass club,” Champion said.

More information about the River City Bass Masters can be found on their Facebook page.