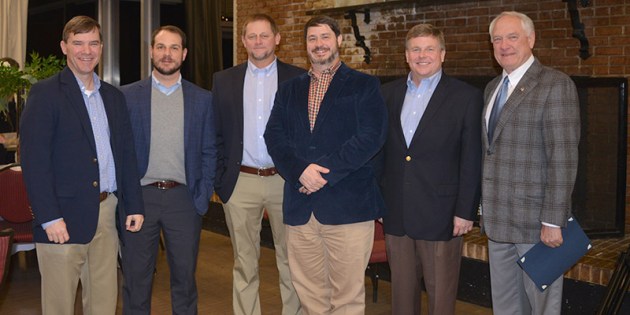 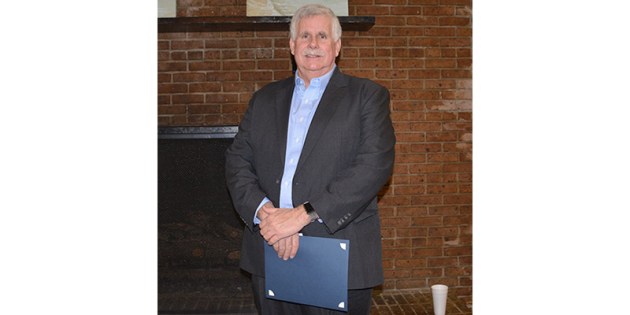 Two Rivers Lumber Co. is the Business of the Year. Roy Geiger accepted the award for the sawmill. 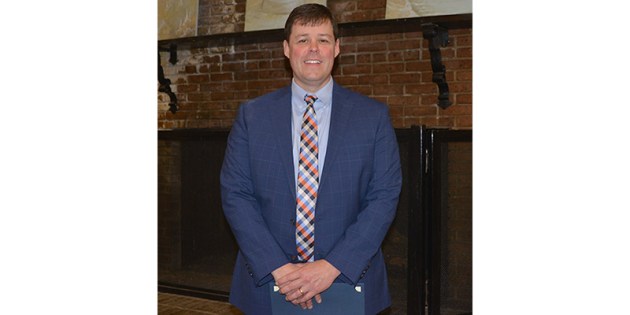 Charles Singleton was recognized as the DACC’s 2019 Citizen of the Year. 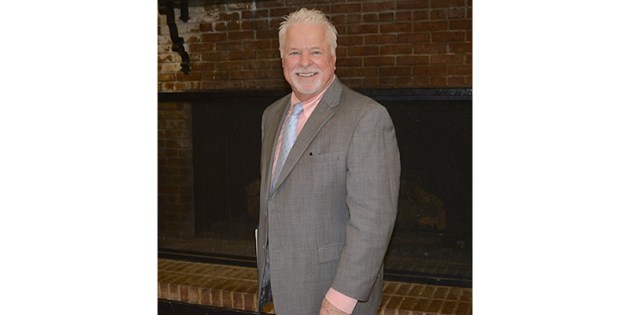 John Wallace received the Lifetime Achievement Award, the highest honor of the night. 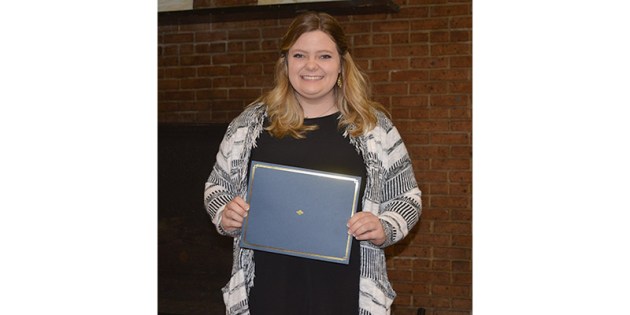 Michael Osmer is the first recipient of the newly instated Youth Volunteer of the Year award. 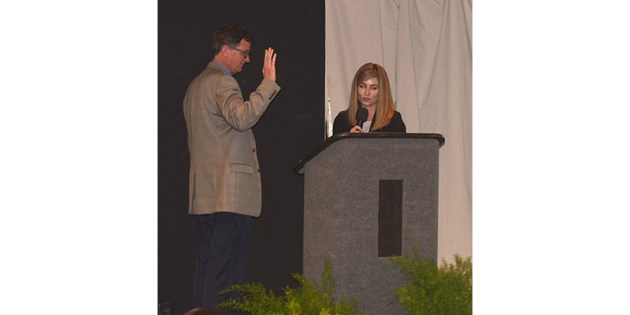 2020 DACC Chairman of the Board Craig Schumacher is sworn in by 2019 Board Chairman Aimee Reynolds. 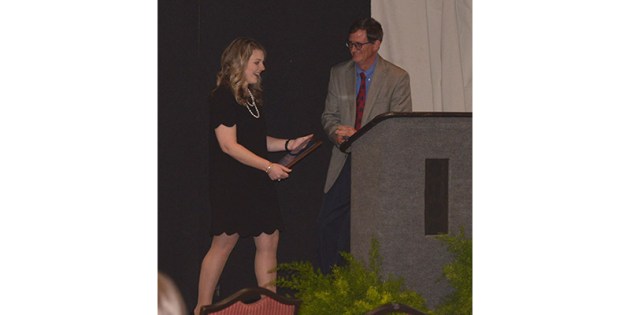 During the Demopolis Area Chamber of Commerce’s annual celebration, it was announced that DACC Executive Director Sidney Freeman will be leaving that position. Freeman was recognized with a plaque by the chamber board in recognition of her service to local businesses and the community throughout her tenure as the director. The plaque was presented by the new DACC Board President Craig Schumacher.

The Demopolis Area Chamber of Commerce celebrated the community members who work hard to improve the City of Demopolis on Feb. 27 at the 104th Annual Chamber Celebration hosted at the Demopolis Civic Center.

Following a welcome by DACC Executive Director Sidney Freeman, who showcased the city’s video application to HGTV’s “Hometown Takeover,” shared several updates including DACC’s rebranding and the website demopolisareachamber.com, encouraged others to get involved with the city and the chamber of commerce as well as an invocation by Rev. Larry Anderson of First United Methodist Church Demopolis, the 2019 Chamber Celebration award winners were honored for their service.

The committee immediately began working to make the city ready for the tournament and the influx of visitors that came with it.

Laney shared that, thanks to the committee’s efforts, “Demopolis is now recognized in the Babe Ruth League on the national scale as a premier location for playing baseball.”

Art Evans, chairman of the committee, thanked the chamber for the recognition, but said that it was a community award, not a committee award.

“There are so many people that contributed to this citywide,” he said.

Gabby Lewis was named Volunteer of the Year, and, though she could not be there in person, Freeman expressed thanks on her behalf. “I am truly humbled and flattered to receive this award,” Lewis wrote, and she said that she and her husband are happy to raise their daughters in Demopolis and are thankful for everyone who volunteers in the city.

Michael Osmer was selected as the first-ever Youth Volunteer of the Year. Diane Brooker, who presented the award, shared that Osmer was chosen because of her dedicated volunteerism with Christmas on the River through recruiting others and spending hours working on the floats while remaining heavily involved in several student organizations.

“She was the person I could always count on to get the job done,” Brooker said.

When Osmer accepted the award, she expressed thanks for being named and said “Being able to be involved in community activities this year has been a great learning experience for me, and it’s something that’s been amazing.”

Charles Singleton was honored as Citizen of the Year, with the award being presented by Ashley Coplin, who works with Singleton and said the amount of involvement he has within the community is amazing.

Singleton, who arrived at the celebration immediately following a Whitfield Regional Hospital Board of Directors meeting, said that everyone in attendance has served Demopolis in some way. “Each one of you has served this town very well, and I’m glad to be a part of it.”

Two Rivers Lumber Co. was honored as Business of the Year, which was presented by Woody Collins, who praised the sawmill for its commitment to the community and its economic impact by employing 115-120 employees, purchasing $30 million in timber from area producers and signing an agreement with Pinnacle Renewable Energy, bringing a new industry to Demopolis.

“They are making Demopolis, Marengo County and West Alabama a better place for all of us to live,” he said.

Roy Geiger, one of the founders, accepted the award for the company and said, “It’s a real honor to get this award from the chamber of commerce, and I thank the community as a whole because this was a whole community effort.”

The Lifetime Achievement Award went to John Wallace. His longtime friend Dan Wilson presented the award, and Wilson shared fond memories and past successes while introducing his friend.

Wallace received a standing ovation as he accepted the award. “It’s a great, great honor. I enjoy supporting our Chamber of Commerce.” Wallace also said that he was sharing the award with his wife Jane and recognized his family for their support.

“Meeting new family through the community and working to make Demopolis a better place never felt like a chore to me,” Wallace said.

After the awards were given out, 2019 DACC Chairman of the Board Aimee Reynolds passed the gavel to Craig Schumacher, who closed out the event as 2020 chairman by sharing a story about a young Marengo County baseball player who hit a home run in the 14U Babe Ruth World Series. “I know for a fact that that child would not have had that opportunity had it not been for all of your efforts.”

Schumacher and the board members also presented Freeman with an award honoring her due to her departure from DACC and her past service during her time as executive director. Freeman said she has enjoyed her time with the chamber and thanked everyone she has worked with.

(This article originally appeared in the Wednesday, March 4 issue of the Demopolis Times.)