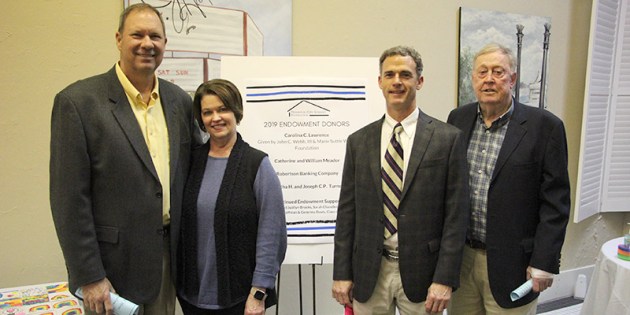 Among those recognized during the Demopolis City Schools Foundation’s annual Donor Appreciation Event were those who gave at the Endowment Level, represented above by, from left, Bill and Catherine Meador, Peter Michael Reynolds, and John Cox Webb IV. 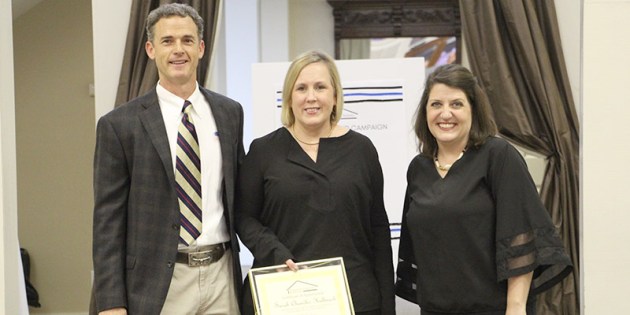 Immediate past DCSF Board President Sarah Chandler Hallmark was recognized for her years of service on the board. She is pictured with the new board president, Peter Michael Reynolds, left, and DCSF Executive Director Amanda Barnes, right. 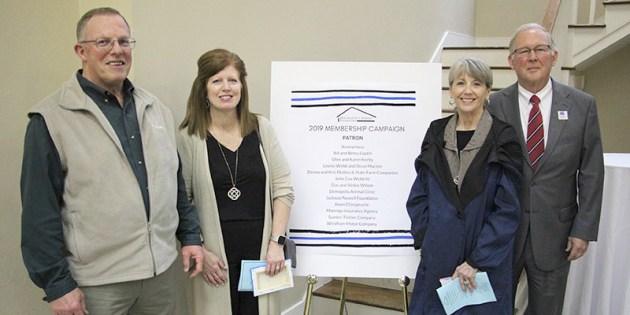 The Demopolis City Schools Foundation hosted its annual Donor Appreciation Event on March 3 to recognize those who provided financial support over the past year.

The event highlighted many of the accomplishments of the foundation over the past year and local students showcased some of the educational opportunities that were provided through the foundation’s grant programs.

The event also marked a changing of the guard in leadership for the DCSF Board of Directors as Pete Reynolds is now the president. Sara Chandler Hallmark had previously served in that role and was recognized for her years of dedication to the foundation.

DCSF Executive Director Amanda Barnes said several fundraisers were well received in 2019, including over $22,000 raised by SchoolFest and another $13,561 donated on Giving Tuesday, which received a big boost when Parr’s Chevron announced it would match donations that day up to $5,000.

Following are those donors who were recognized at the event.

(This article originally appeared in the Wednesday, March 11 issue of the Demopolis Times.)