Don was born in Selma, Alabama, and grew up in nearby Wilcox County, graduating high school from Moore Academy in Pine Apple, Alabama. He earned a BS in Chemistry and a MBA from the University of Alabama, where he was a member of the Kappa Alpha fraternity. 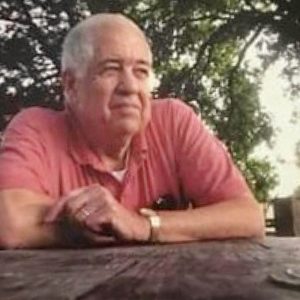 Don was preceded in death by his parents; a twin brother, David Toliver Skinner Jr.; and three first cousins who were like brothers, John Crocker, Jerry Clyde Oldshue, and Kit Carson Carter Jr.

Don loved his family and relatives, had a keen sense of humor, liked to snitch peanut butter, brown sugar and mayonnaise, grilled a great steak and fried delicious oysters, balanced his check book to the penny, enjoyed his tree farm in Wilcox County, and was an avid fan of BAMA football, basketball and softball.

It is fitting that Don’s burial will be in Evergreen Cemetery in Tuscaloosa, Alabama, in the shadow of Bryant-Denny Stadium. Prior to interment, a memorial service will be held at the Warner Chapel of First Presbyterian Church, 900 Greensboro Ave., Tuscaloosa, Alabama, on Sunday. May 17, 2020, at 3 p.m. One hour prior to the service, the family will receive friends in the Chapel. In the meantime, family and friends will meet at Harmony at Reynolds Mountain, Asheville, North Carolina, on Sunday, March 8, at 3 p.m. for a memorial gathering.