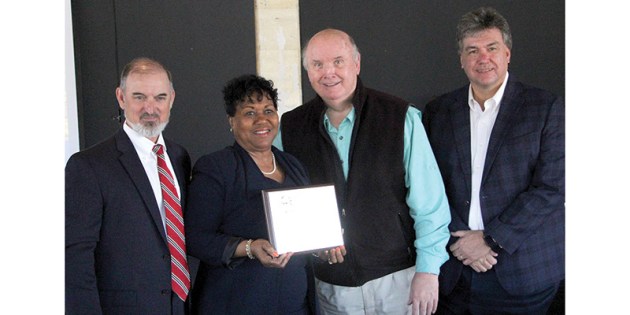 The Black Warrior Council of the Boy Scouts of America presented the Hugh A. Lloyd Lifetime Scouting Award to Johnnie Knott. Pictured with the recipient are, from left in both photos, District Attorney Greg Griggers, Johnny Northcutt (2017 recipient) and Allen Bishop (2018 recipient). 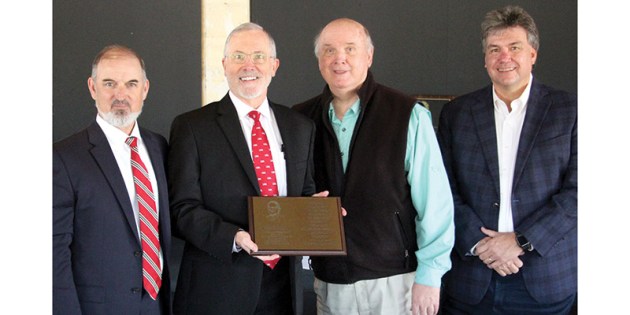 The Black Warrior Council of the Boy Scouts of America presented the Hugh A. Lloyd Lifetime Scouting Award to Dr. Ken Tucker. Pictured with the recipient are, from left in both photos, District Attorney Greg Griggers, Johnny Northcutt (2017 recipient) and Allen Bishop (2018 recipient).

The Black Warrior Council of the Boy Scouts of America held is fourth annual Hugh A. Lloyd Lifetime Scouting Award Luncheon on March 12, honoring Ms. Johnnie M. Knott and Dr. Ken Tucker for their longstanding support of scouting within the 12-county council.

District Attorney Greg Griggers served as emcee of the event and the guest speaker was University of Alabama and NFL football great Bobby Humphrey, who was introduced by UWA Athletic Director Bobby Wallace. 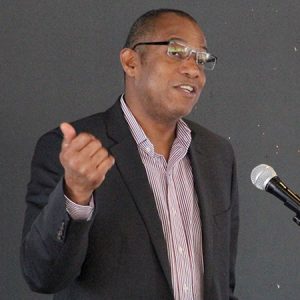 University of Alabama football great Bobby Humphrey was the guest speaker at the luncheon.

Knott is a native of Eutaw and began her career with Gulf States Paper in Demopolis. She then served with the Greene County Tax Assessor’s Office before becoming the Circuit/District Court Clerk for the State of Alabama in Greene County in 1988, serving until 2007.

Knott has served her community in many capacities over the years, including serving on boards for the Woman to Woman, West Alabama Mental Health Center, Community Services of West Alabama, and the Adult Education Advisory Council at Shelton State Community College. She is now a partner with T&J Productions in Forkland and is active in many organizations, including serving as the president of the Alabama Council of Hospital Auxiliaries and is the youth director for the Greene County District Association. She is a member of the Whitfield Regional Hospital Auxiliary and the Green County Health Care System Auxiliary.

Dr. Ken Tucker is a native of Marengo County and currently serves as the president of the University of West Alabama. He serves on numerous workforce, economic and community development boards. He is a Rotary Paul Harris Fellow and a Demopolis Chamber of Commerce Citizen of the Year recipient.

Tucker has served as the chair of the Marengo County Commission and has twice received the Excellence in County Government Award from the Alabama Association of County Commissions. He was recently elected to serve as chairperson of the Alabama Council of College and University Presidents and is vice-chairman of the Gulf South Conference Board of Directors.

Both recipients had worked with Hugh Lloyd and each said they were honored to receive an award bearing his name.

“We shared a favorite scripture from the book of James. James is known as ‘Just James’ and Mr. Lloyd was always a just gentleman,” Knott said.

“He was so involved in everything across our area and was passionate about making things better for all the people. It is a sincere honor to be the recipient of anything with his name on it,” Tucker said.

(This article originally appeared in the Wednesday, March 18 issue of the Demopolis Times.)