The Demopolis Police Department has reported that a suspect is facing murder charges. 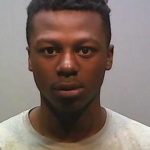 DPD investigators arrested Jakane Ta’Marcus Robinson, 19, of Mobile on Feb. 23 when he was charged with first degree assault and first degree robbery. However, the charge was upgraded to murder when the victim died due to health issues related to the injuries he sustained during the incident. The charges were upgraded on March 26.

As of Friday morning, Robinson remained in the Marengo County Detention Center.