Charles Werdner Stroud Jr., 76, of Demopolis passed away Monday, April 6, 2020 at Colonial Haven Rehabilitation Center in Greensboro, Alabama with his wife by his side. Charles was born April 11, 1943, in Tuscaloosa, Alabama.  He was the son of the late Dr. Charles W. Stroud and Kathryn Hurst Stroud.  He graduated from Demopolis High School in 1962.  He attended East Central Community College, Decatur, Mississippi, and University of West Alabama, Livingston, Alabama. 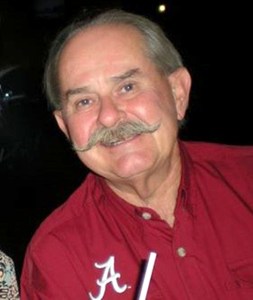 Charles served in the Air Force and was a proud Veteran of the Viet Nam Era.  He loved his Country and fellow Veterans.

The family plans to hold a Memorial Service to celebrate the life of Charles at a later date. The family would also like to thank the Doctors, Nurses, CNAs, and employees of Southern Care New Beacon Hospice, Demopolis, Alabama and Colonial Haven Rehabilitation Center, Greensboro, Alabama, for the love, and excellent care given to Charles during his illness.