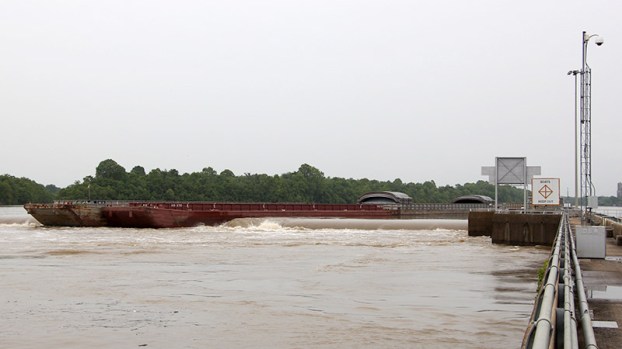 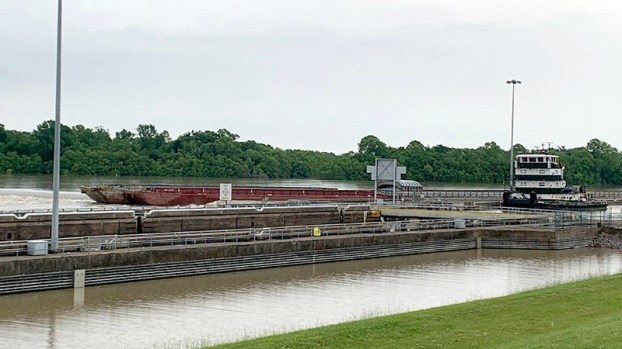 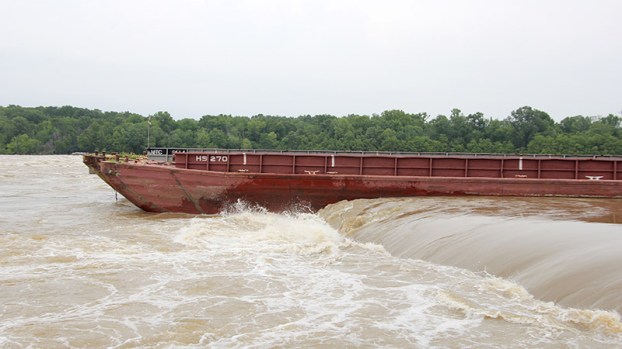 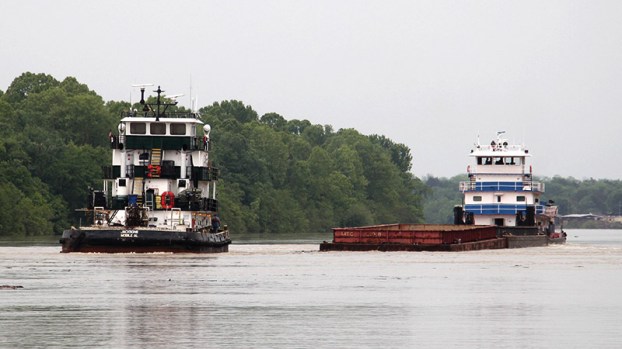 Other tow companies were helping to removing barges one at a time on Thursday afternoon. 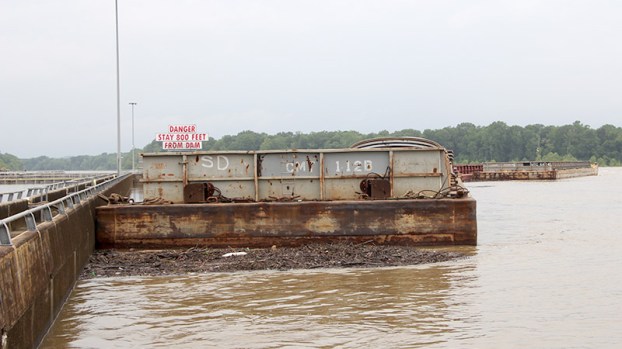 The back side view of the barge with two, on the right hand side, having already been removed.

A string of six barges lost control Thursday morning and ultimately came to rest on the Demopolis Lock and Dam.

The barges were exiting the Lock and Dam at approximately 8:45 a.m. when they reportedly lost steering causing two barges in the front to hit the tree line and then swing into the river and drifting into the dam itself. There are no reports of injuries.

Terry Roswell, lock master at the Demopolis Lock and Dam, said because of high water the lock is not operating at night and that barges were waiting this morning to enter. The barge that hit the dam waited its turn and was exiting the lock when it began to drift. Once at rest, the barges were tied off to prevent them from swinging around and possibly going over the dam.

On Thursday afternoon, other towing companies were assisting in pulling the barges from the dam, a process that could take two days. All crew were removed from the barges.

Once removed, and likely when the river recedes, engineers will access possible damage to the dam.