Although the typical school year has been interrupted due to COVID-19, the Demopolis City School System’s (DCSS) progress is not slowing down. DCSS continues to do things that matter. For the third year in a row, one of the DCSS schools was named a Banner School by the Council of Leaders in Alabama Schools. In 2018 it was U.S. Jones, then in 2019 Westside, and now it is Demopolis High School’s time to receive this prestigious honor. According to a PARCA study, for the past three years 70 percent of DHS graduates enter either a two year or four-year institution. Demopolis High School has a graduation rate of over 90 percent and just over 85 percent of the graduates are considered college and career ready according to the Alabama State Department of Education. Sixty-nine percent of DHS students who take the ACT Workkeys, an assessment used by many Alabama Industry leaders, score in the proficiency range. 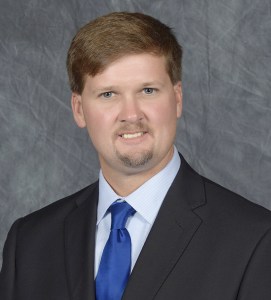 The accolades of Demopolis High School are just the end result of many years of work, which includes the other three DCSS schools. Demopolis Middle School is known for an award winning BETA club and rigorous academic programs that prepare students to be successful once entering high school. In addition to offering band, art, coding, and robotics, DMS will begin offering foreign language exploration classes during the 20/21 school year.

In addition to DMS, U.S. Jones and Westside implement the Stephen Covey’s 7 Habits of Highly Effective People Leader in Me Program. The Leader in Me Program instills leadership qualities in the students at all three campuses. Teachers in the Demopolis City School System understand differentiation and many operate small group instruction in their classrooms to make sure students of all learning levels and styles are engaged. In 2016, Demopolis City School System started a Gifted Program to embody differentiation and reach the needs of the most creative learners in grades three through six.

The current trend in schools across the nation is embedding STEM (Science, Technology, Engineering, and Mathematics) in daily instruction. With the help of the Demopolis City Schools Foundation (DCSF), many teachers at Westside and U.S. Jones Elementary incorporate STEM activities in their classrooms. In 2018, the DCSS Board of Education invested $500,000 in a modern technology enriched STEM lab at DMS called Lab 212. At all four schools in DCSS, technology is not a wishful concept, but rather a daily support in the delivery of instruction. At all four locations, each classroom is equipped with a 65-inch touchscreen smart television panel. Each student at Westside, U.S. Jones and Demopolis Middle School has access to his or her own computer and with the assistance of the DCSF, Demopolis High is getting closer to a one to one student to computer ratio. Modern technology is also evident at each campus with security measures. DCSS has over 140 security cameras and secured access entry points at each campus in addition to a uniformed School Resource Officer assigned at each location.

At Westside, over 70 four-year-old students are served daily through the award winning Office of School Readiness (OSR) First Class Pre-K Program. Alabama’s pre-k program is ranked number one in the nation for the 14th year in a row. Westside currently operates four OSR First Class Pre-K classes in addition to one other pre-K class, which combined serve close to 80 students.

Demopolis City School System has something for everyone. Music and art programs are offered to all students, DMS has a chess club, and students in grades 7 through 12 have an opportunity to compete in 14 athletic programs. Also, DHS students have access to an array of dual enrollment and Advance Placement courses in addition to multiple student clubs and activities, including an astounding theater program.

It is important to be well informed when selecting which schools and school system you want your children to attend. There is something special about the Demopolis City School System and the Demopolis Difference