Marengo County Sheriff Richard Bates has been arrested on charges of domestic violence. 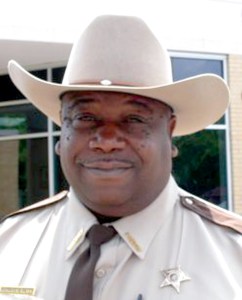 The Alabama Attorney General’s Office served a warrant for Bates on Friday, April 24, and was taken to the Clarke County Jail for processing. He is being charged with third degree domestic violence-harassment.

Marengo County Commission Chairman Fred Armstead said for now Bates is still the county’s sheriff. “He’s an elected officer and all people are innocent until proven guilty. With that said, we do take domestic violence very seriously, it doesn’t matter who you are.”

The report of domestic violence was issued by an Alabama State Trooper who sent the case to the Attorney General’s Office, according to Armstead.

Attempts to contact Bates Tuesday evening were not successful.

Bates is currently in his third term as Marengo County’s sheriff, having won re-election in 2018. After winning that year’s primary, he had no Democrat challengers in the primary election. He was first elected in 2010.

The Demopolis Times will continue to update this story as more information becomes available.