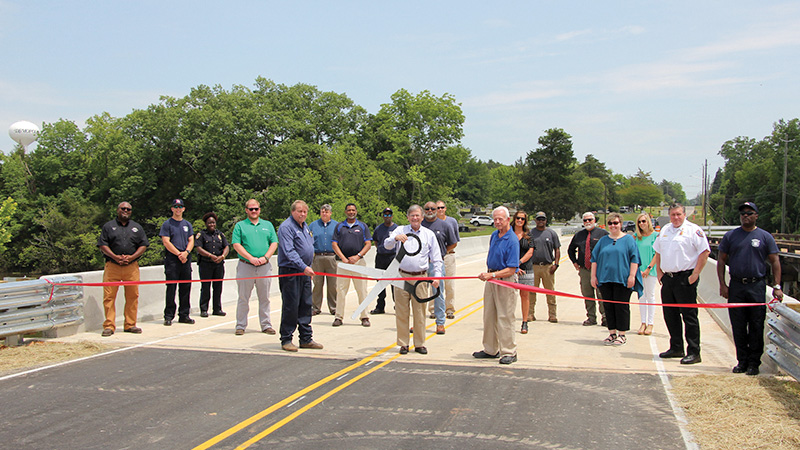 Officials with the City of Demopolis joined for a ribbon cutting celebrating the opening of a new bridge on Jackson Street. The project closed for just over one year one of the routes motorists would travel connecting the west side of the city to the downtown area. In addition to the construction of the eastern bridge, a second bridge underwent repairs. The project was funded through ALDOT with a $1.1 million match by the city. Jackson Street is now open for travel.