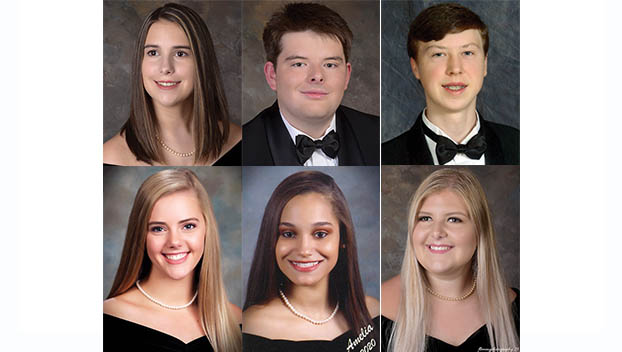 The Auxiliary of Whitfield Regional Hospital has announced the Class of 2020 recipients of their annual scholarship awards.

Each year, the Auxiliary makes presents scholarships to assist students who plan to enter a healthcare-related program of study or career.

There Auxiliary offers two scholarships.  One is available to any student who meets the qualifications and the other is available to qualifying students whose parents or grandparents are employees of the hospital.

This year, the Auxiliary partnered with six students to help them toward their educational goals.

The recipients of the Carolyn S. (Betty) McCormick Scholarships are:  Samuel Blankenship and Melodie Hall, both graduates of Demopolis High School.

Melodie Hall will be attending Lurleen B. Wallace Community College in Andalusia where she plans to study Diagnostic Medical Imaging. Her study focus will be sonography.  Melodie is the daughter of Tim and Carla Hall.

Samuel Blankenship has been accepted into the Honors College of the University of South Alabama where he received early acceptance into Auburn’s Harrison School of Pharmacy. He plans to study Biomedical Science. Samuel is the son of Robert and Melissa Blankenship.

John David Lewis is a graduate of Patrician Academy in Butler and has been accepted at Auburn University where he plans to study Neuroscience before advancing to medical school. His career goal is to become a physician. John David is the son of Rube and Angie Lewis.

Lindsey Davis graduated top of her class from Sweet Water High School and she plans to attend Auburn University to study Biomedical Science as she moves toward her goal to become a physical therapist. Lindsey is the daughter of Mark and Sherri Davis.

Amelia Hitt is a graduate of the Alabama School of Mathematics and Science in Mobile.  She plans to study Biology at Furman University, in Greenville, South Carolina.  Her ultimate goal is to become a geneticist.  Amelia is the daughter of Cristi Hitt of Eutaw.

Mary Taylor Seymore is a graduate of DHS and plans to attend Auburn University where she will enroll in a pre-med program prior to moving on to medical school. Her goal is to become a dermatologist. Mary Taylor is the daughter of Brian and Nicholas Seymore.