MCAAPA Column: What is Juneteenth?

What is Juneteenth—and what does it celebrate?

A day remembering the end of slavery in Texas has spread across the whole U.S., with a larger meaning.

Known to some as the country’s “second Independence Day,” June 19 — often called Juneteenth — celebrates the freedom of enslaved people in the United States at the end of the Civil War. 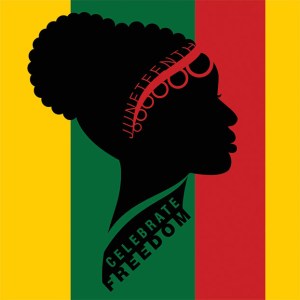 Freedom After the Confederacy

At the stroke of midnight on January 1, 1863, the Emancipation Proclamation came into effect and declared enslaved people in the Confederacy free — on the condition that the Union won the war. The proclamation turned the war into a fight for freedom and by the end of the war 200,000 black soldiers had joined the fight, spreading news of freedom as they fought their way through the South.

Juneteenth originated on June 19, 1865, when Union Army General Gordon Granger landed in Galveston, Texas, where he proclaimed General Order #3, stating that all slaves were free, and that former masters and slaves were equal in personal and property rights.

Unfortunately, the end of slavery was not the end of discrimination and racist violence. Factors such as Black Codes, white supremacist groups such as the Ku Klux Klan, voter suppression, “separate-but-equal” (Jim Crow) segregation statutes, and selective enforcement of laws continued to subject black Americans to involuntary labor and many other forms of individual and state-sponsored discrimination for more than a century following the Civil War. The violent practice of murder by lynching remained a national scourge until the Civil Rights movement and Civil Rights legislation of the 1960s brought it to an end. A handful of lynching incidents have occurred in recent decades.

The significance of the holiday can be found in the need for all Americans to be reminded that the fabric and, in many cases, the foundation of the United States was built on the institution of “chattel slavery.” In this system, people were bought, sold and moved as property, and their children were born into slavery rather than being born free.

For decades, many southern black communities were forced to celebrate Juneteenth on the outskirts of town due to racism and Jim Crow laws. To ensure they had a safe place to gather, Juneteenth groups would often collectively purchase plots of land in the city on which to celebrate. These parks were commonly named Emancipation Parks, many of which still exist today.

Today, our nation continues to struggle with racism and the legacy of slavery. I encourage everyone to become more informed about our national history and to embrace the values of Passion, Integrity, Ingenuity and Respect for all.

— Mary Jones-Fitts is the President of the Marengo County African American Preservation Alliance.