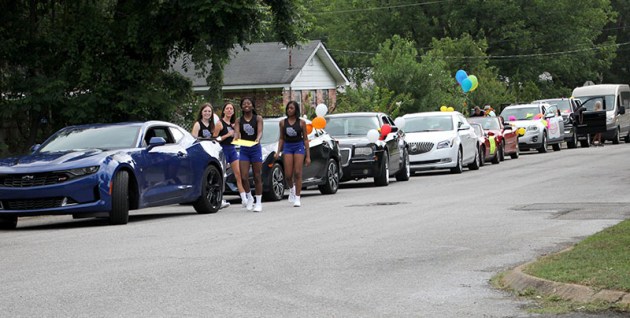 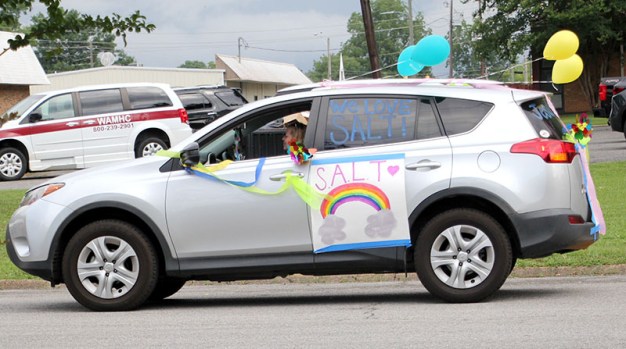 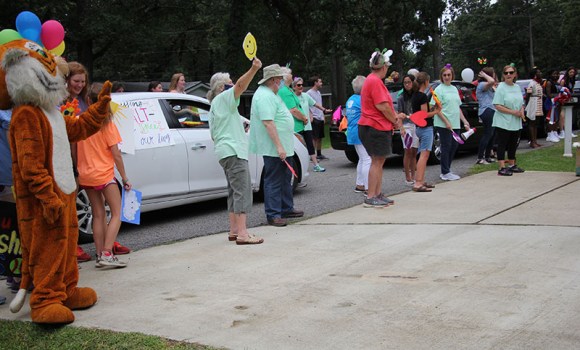 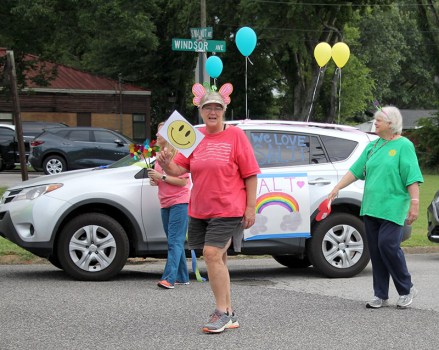 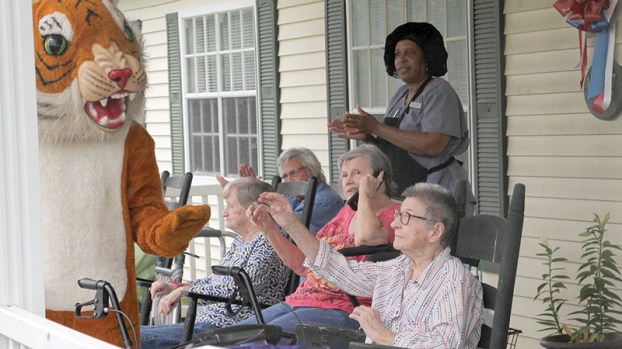 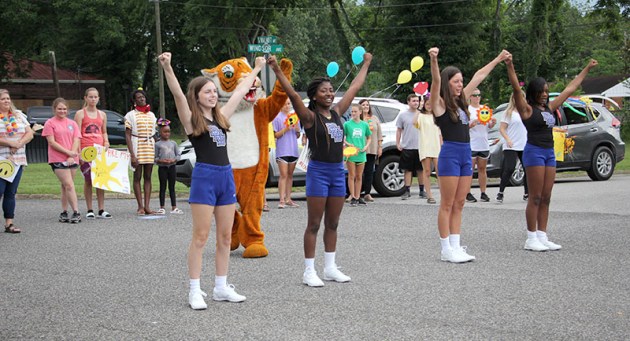 Volunteers of SALT (Senior Adults Living Triumphantly) and community members had a surprise drive-by parade for participants of the program on Thursday, June 18.

SALT Director Bambi Hamilton and her volunteers orchestrated the parade to boost participants’ spirits during the COVID-19 pandemic.

“We decided that we needed to do something to lift them up and show them that we are thinking about them and care about them,” said Hamilton. “We realized that even the people in the nursing homes and the ones that are homebound don’t have a lot of physical contact, and we wanted them to know that they hadn’t been forgotten.”

The parade began on North Main Avenue and made its way through town with stops at participants’ homes, Woodhaven Nursing Home, and Sonrise Assisted Living. SALT volunteers, Southern Care and Comfort Care Hospice staff, DHS cheerleaders, the DHS Tiger Mascot, athletic teams, and community members participated in the parade and made the event a success.

“It was very successful given the fact that we literally had less that one week to put it all together,” said Hamilton. “I was expecting just my SALT volunteers, but it turned into something much bigger than I thought it would. It came together very smoothly, and I was very pleased with how everything turned out.”

The caregivers of homebound participants were given a packet of resources and some printed activities for their loved ones. The participants received a white flower, gift bags, puzzles, and a meal.

Hamilton said they will continue giving out their participant and caregiver packets, and volunteers will write letters and cards and send them to participants as well. She also said that they plan to do another drive-by parade at some point, though it won’t be as big as the one before.

SALT volunteers will also begin handing out meals twice a month to homebound participants at no cost starting the week after July 4.