John Laney officially announced his candidacy for a second term as the mayor of Demopolis.

Laney was elected to the office of mayor in 2016 and announced during a press conference Friday that he would seek re-election.

“Thank you for the opportunity and the honor to serve you as mayor for the last four years. It has been a pleasure serving with the present city council; we have dealt with some difficult situations together. Our city’s department heads and staff are outstanding and I am very proud to serve with them,” he said. 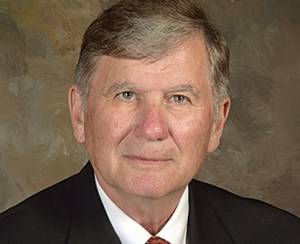 The mayor spoke of the accomplishments of the past four years, adding that he would like to continue building upon those.

“The reason I have chosen to seek a second term is that I believe the accomplishments made over the last four years may be undone without the leadership and time for them to firmly take root and flourish. As it has been, my focus and leadership as mayor will be about the people,” Laney said.

Laney listed the new businesses that have come to Demopolis during his tenure.

“These companies pay taxes to our city that in turn help pay for better schools, roads, park and recreation facilities, beautification and the arts. This means a better quality of life for our citizens. All of this will make us more attractive to new businesses with an even bigger footprint,” he said.

He added that believes those companies coming into the city and that are provided incentives should be willing to pay property taxes.

“We are hearing a lot about a recent industry bringing jobs into Demopolis. However, no one is telling you that this company willingly accepted lavish incentives from the City of Demopolis but refused to be within our city limits. What is also not talked about is that the alleged contract that the company formed with the city before my administration was not legally proper as a municipality may not enter into a lease-purchase agreement. I have a tremendous amount of respect for the company that provides these jobs and feel they are good for the Black Belt. I do, however, also believe, if you are willing to accept incentives you should be willing to pay property taxes to the entity that awarded you the incentives,” Laney said.

The mayor said he has led the city through some difficulties, stating the hospital was on the verge of closing when he took office in 2016. While the city helped the hospital financially, he said it came with encouragement to partner with a larger institution, which ultimately was UAB Hospital.

“Hospital officials wanted a sales tax, but I feel a sales tax puts the burden on the wrong people. Since the Demopolis hospital services Marengo County, the city encouraged a 4 mil countywide (property) tax, which was passed,” Laney said.

In the area of quality of life, Laney said improvements are being made and, in some cases, are ongoing. He said the city is moving forward with a $3 million street paving project and spoke of the completed Jackson Street bridge projects and new sidewalks at local schools. The city’s fire safety rating has improved from a four to a three and ambulance service has been established through Demopolis Fire and Rescue.

Laney said he has specific goals for a second term, including providing internet access for all, paving more streets and adding sidewalks, while continuing to move forward with beautification efforts and improvements at WRH.

In the area of education, Laney said he would recommend to the city school system that at least two members of the school board have children enrolled in the system and will continue developing the city’s relationship with Wallace Community College.

He said he would not support any increase on sales tax and would only consider that if the state were to remove its sales tax on food.

“If you like what has been accomplished during my term and think the plan going forward is a good one for our town and its citizens, I would appreciate your vote on August 25,” Laney said.

A Demopolis resident returned to the Demopolis City Council to ask if there are any plans to remove a monument... read more