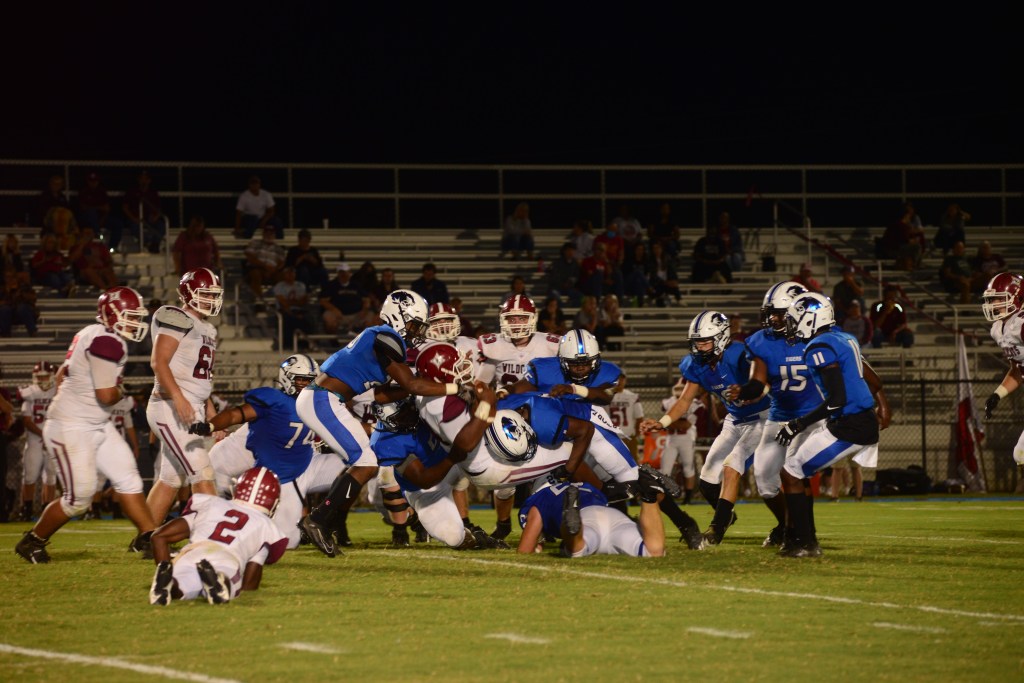 A host of Demopolis Tigers take down a Shelby County player.

The Demopolis Tigers won their third straight region game with a big victory over the visiting Shelby County Wildcats. The Tigers scored early in the first quarter and never relinquished their lead.

Shelby County got on the board late in the first half when quarterback Connor Aderholt completed a 29-yard pass to Tyrese Goodman with 0:56 to go in the second quarter. Kai Barnett’s PAT was good, and the Wildcats had cut into the Tiger lead 21-7.

Neither team scored again until the fourth quarter when Aderholt completed a 12-yard pass to Goodman for a Wildcat touchdown. Barnett’s PAT was good, and the score sat at 28-20. The rest of the fourth quarter was all Demopolis. Atkins scored on another 2 yard run for the Tigers, and Wilson continued his streak of extra points, giving the Tigers a 35-20 lead with 8:31 left in the game.

At the 6:55 mark, Drake found Jaqualon Smith for a 35-yard touchdown. Wilson’s PAT was good, and Demopolis extended their lead to 42-20 with 6:09 left in the fourth quarter. The game’s last score came with 2:08 left to play, and Drew Seymore ran 7 yards for the touchdown. Time expired before Wilson could kick the PAT, making the final score of the game 48-20.

The Demopolis Tigers (5-0, 3-0) will be celebrating Homecoming next Friday, September 25 against the Jasper Vikings.