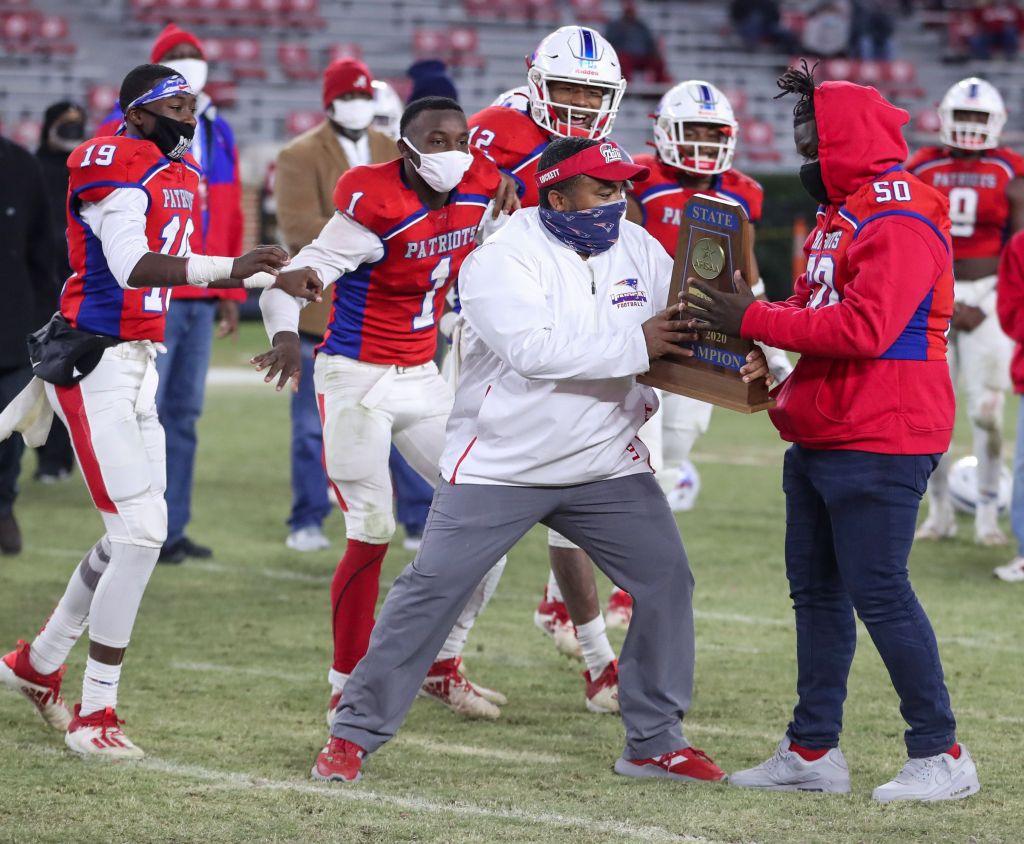 The phrase “third time’s the charm” proved true for the Linden Patriots. They dominated the Pickens County Tornadoes in the AHSAA 1A State Championship game. The game started off with a scare as Pickens County opened with an onside kick that they recovered at midfield. However, the drive stalled, and Linden took control of the game from that point, winning 32-8.

After recovering the onside kick, Pickens County moved the ball down the field to the Linden 25-yard line. The Tornadoes were unable to find the endzone, however, and turned the ball over on downs after quarterback Javion Belle was sacked for a loss.

The Patriots wasted no time in driving the ball down to the goal line. Quarterback Joshua Williams ran the ball in from the 1-yard line with 8:05 to play in the first quarter. The PAT kick by Jamarcus Williams was no go, giving the Patriots a 6-0 lead over Pickens County. 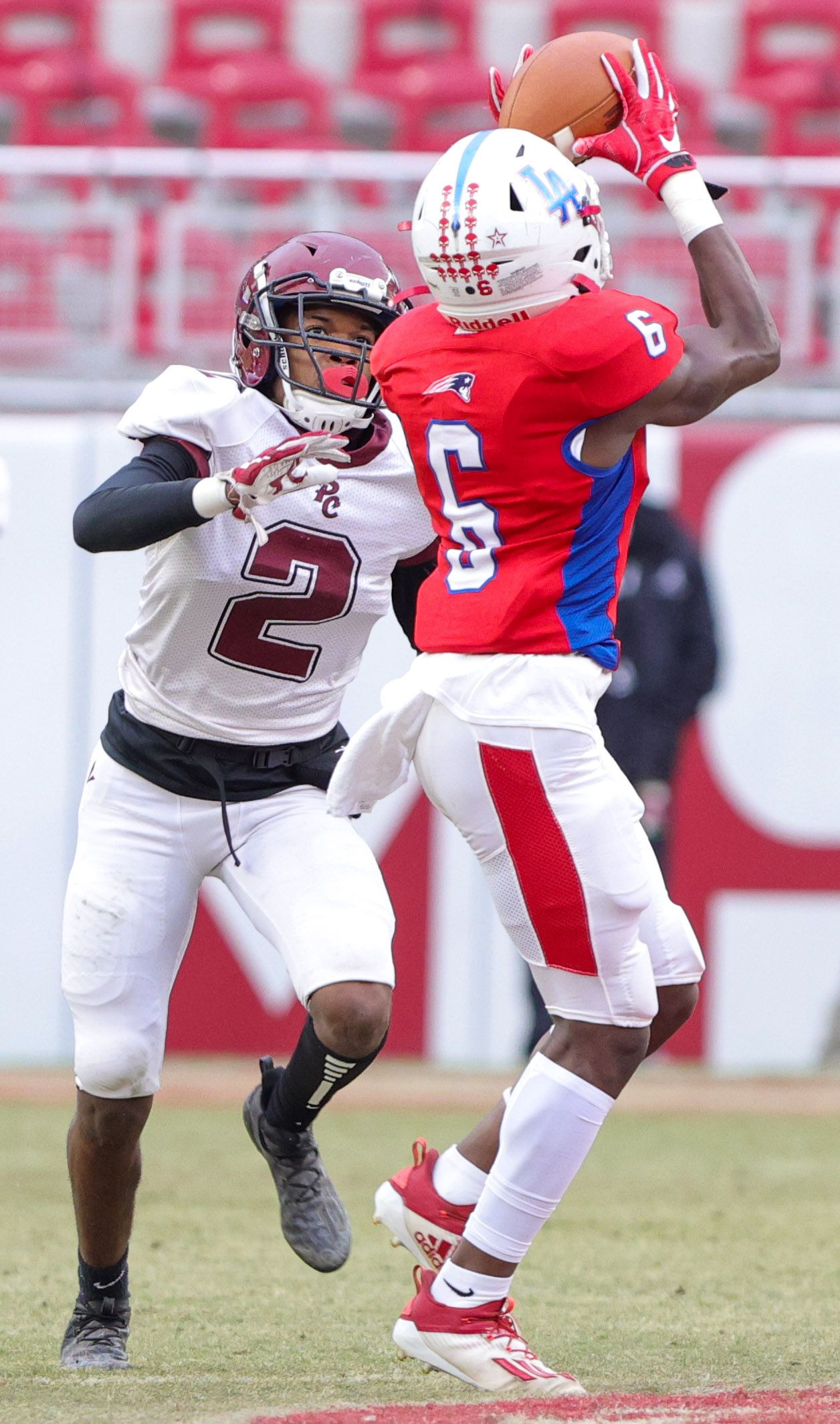 The Tornadoes score their first and only points of the game near the end of the first quarter. Belle completed a 13-yard pass to Kajaveion Byrd to tie the game at 6-6. The two-point conversion run by Xerrance Washington was good, and the Tornadoes had taken an 8-6 lead over Linden with 3:23 to go in the first quarter.

The Patriots didn’t trail behind for long as Savion McIntosh caught a 35-yard pass from Williams to retake the lead. The two-point conversion pass from Jamarcus Williams to Tim Thurman was good, giving the Patriots a 14-8 lead with 0:57 left in the first half.

The third quarter saw several turnovers by Pickens County that were recovered by the Patriots. The first score of the third quarter came when Zelly Aldridge took it in from 3-yards out. Thurman’s two-point conversion attempt failed, leaving the score at 20-8 with 4:42 to play in the third quarter.

Moments later, the Patriots intercepted a Pickens County pass and returned it 18-yards for the touchdown. The PAT kick by Jamarcus Williams was no good, but the Patriots had upped their lead to 26-8. 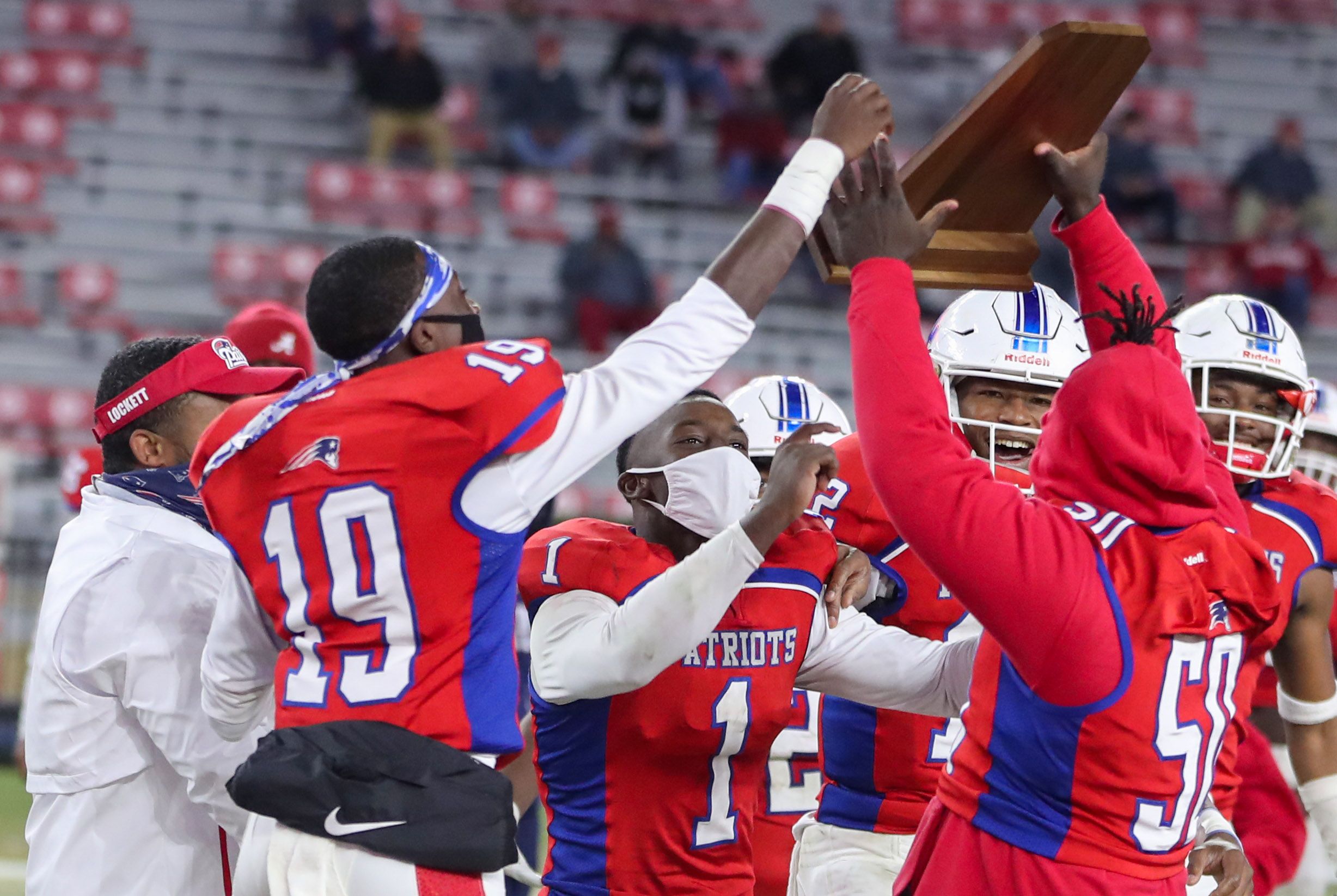 Players celebrate and hoist the championship trophy up to the crowd. Photo courtesy of Dennis Victory.

The game’s final score came with 3:34 to go in the third quarter when Jamarcus Williams recovered a Tornadoes’ fumble and ran it 5-yards for the touchdown. The PAT run by Aldridge was no good, making the final score of the game 32-8.

The Linden Patriots finished the 2020 season with a perfect 14-0 record.