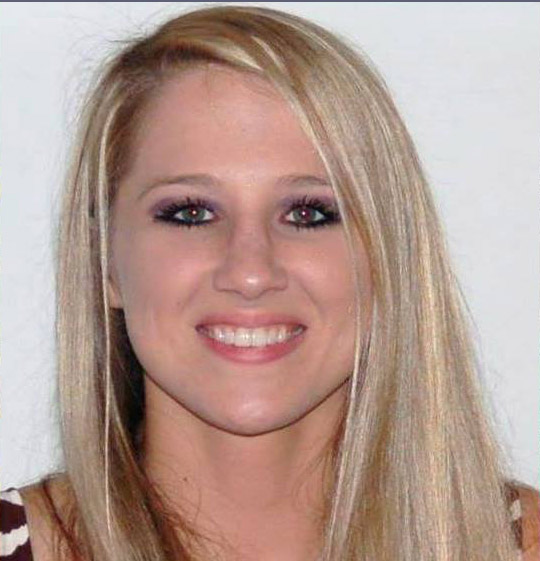 Rebecca Henderson Paulk of Linden went missing five years ago in rural Lauderdale County, Miss., in the unincorporated Whynot community. Her parents John Wesley “Wes” Henderson and Janet Henderson, are being represented in a court action in the Probate Court of Marengo County to declare their daughter dead.

Paulk was last seen on Sept. 7, 2015, on Labor Day. Paulk visited her parents’ home in Demopolis and stated that she was going out but would be back. Her parents did not hear from her again after that time. Two days later, on Sept. 9, the Hendersons received a call from the sheriff telling them that her car had been found in Whynot, Miss. The vehicle was found in a ditch on an abandoned road near the Alabama border. No one knows whether she disappeared in Alabama and someone took her car, or where she might have been at the time of her disappearance.

Many efforts have been made to find Paulk, and her story has received national attention. People came from far and wide to help search for her, including David Holloway, father of Natalee Holloway, who went missing in Aruba in 2005. The family has printed and distributed flyers with information and pictures of their daughter. Searches were made across the area, including a drone flyover, helicopter searches, foot searches, and K-9 searches. The Henderson’s even did their own thorough search from horseback.

“We had horses and four-wheelers, and we covered a lot of ground,” said Wes Henderson. “But we didn’t find anything.”

Henderson said the case is a big question mark with lots of small leads that have yielded little information. Sex trafficking has been suggested as a possible cause for Paulk’s death, but Henderson doesn’t believe that is what happened.

Henderson described his daughter as an outdoor-type and an animal lover. He said she would never leave her animals behind.

“She had dogs and cats, and she would not have left them behind,” said Henderson. “She just wouldn’t do it.”

Henderson also feels like law enforcement has not done all that they can to find his daughter.

“I understand it’s like a needle in a haystack, and law enforcement has worked on the case, but we don’t have her,” said Henderson. “Every now and then, when we go talk to the sheriff, he’ll tell us a few things about what they’re doing, but that’s it.”

The last time they spoke to the sheriff, they were working on her cell phone and the towers. Paulk’s cell phone was found in the woods a few days after her disappearance by the property owners. It was found about a mile from where her car had been abandoned, and Henderson said that she never went anywhere without her cell phone. Her phone service was with AT&T, and Henderson said that they had been unhelpful during the initial search.

“They didn’t help us a lot. They weren’t helpful at all, not even to law enforcement,” said Henderson. “They wouldn’t even help the sheriff break into her text messages, which I found odd.”

Despite not having any substantial leads in the case, the Hendersons are still hoping that one day they’ll get answers on what happened to their daughter and why it happened.

“We’re still praying that something might turn up,” said Henderson. “You sometimes see cases that have gone cold that have something happen twenty years later. But as far as anything new, there’s nothing.”

Henderson and his wife want the public to remember what her life meant to them and how important she was to her family.

“We want her to walk through our door and come home,” said Henderson.

If anyone has any information on Rebecca, they can call District Attorney Greg Griggers at 334-289-2149, Lauderdale County Sheriff Major Charles Pickett at 601-486-4959, or the Hendersons. The reward of $20,000 for the return of their daughter still stands.