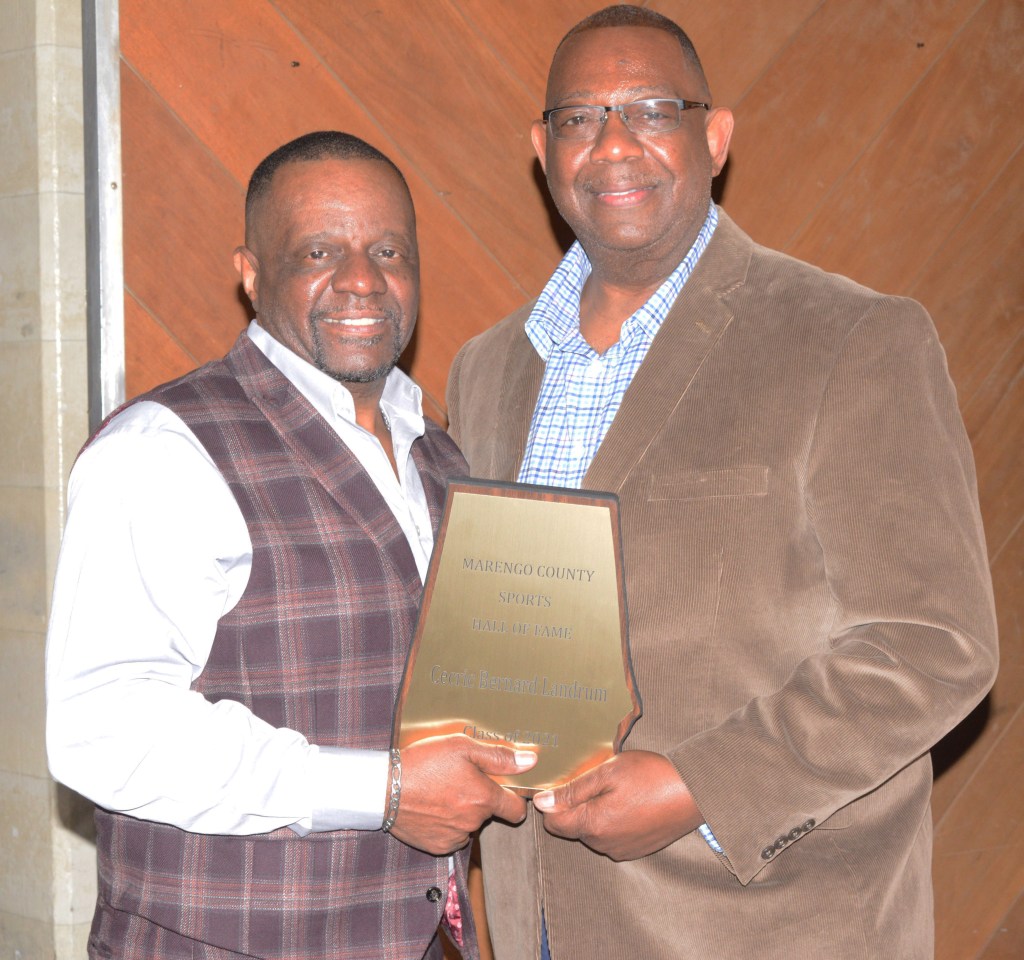 (Note: The 2003 DHS championship softball team was mistakenly left out of the article on the 2021 Marengo County Sports Hall of Fame banquet. We apologize for the oversight, and the online version has been edited to include the team.)

The Marengo County Sports Hall of Fame inducted its 2021 class during the annual banquet held on Monday, February 8.

The four new members inducted were Lester Mitchell of Demopolis, Jesse Little of Half Acre, Harold Little of Denver, CO, and Cedric Landrum of Fort Worth, TX. Lester Mitchell’s award was presented to him by his friend Oddibe McDowell, Jesse Little’s award was presented to him by District Attorney Greg Griggers. Reverend Roy Scruggs presented the hall of fame award to Harold Little, and Cedric Landrum received his award from his brother, Roosevelt Landrum.

Also recognized at the banquet was this year’s Hall of Fame College Scholarship recipient, Mallory Roe of Sweet Water. The award was presented to her by Johnny Brooker. 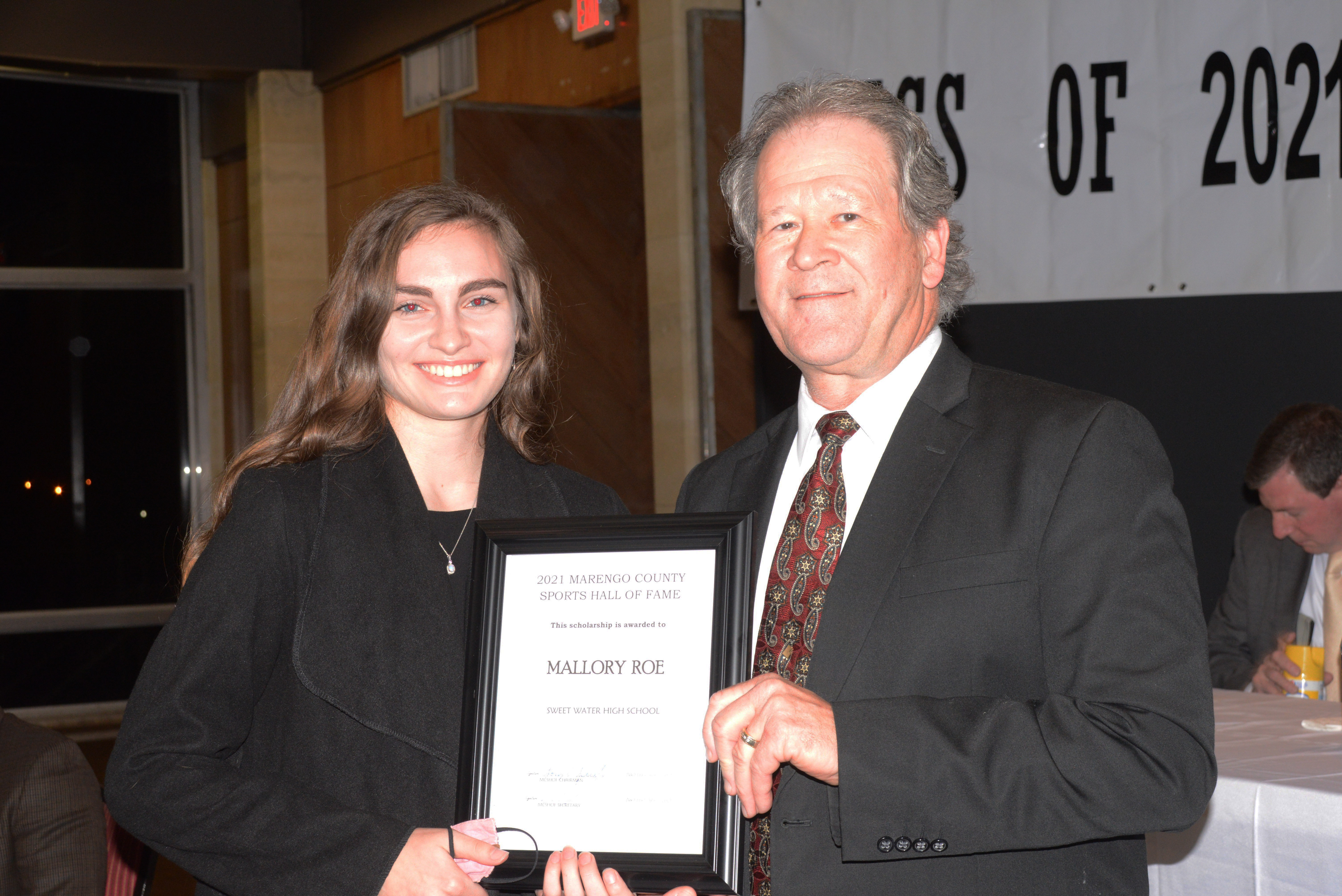 The 2003 DHS championship girl’s softball team was also honored at the banquet. The Lady Tigers had a 31-11 record that year and won the Class 4A title. 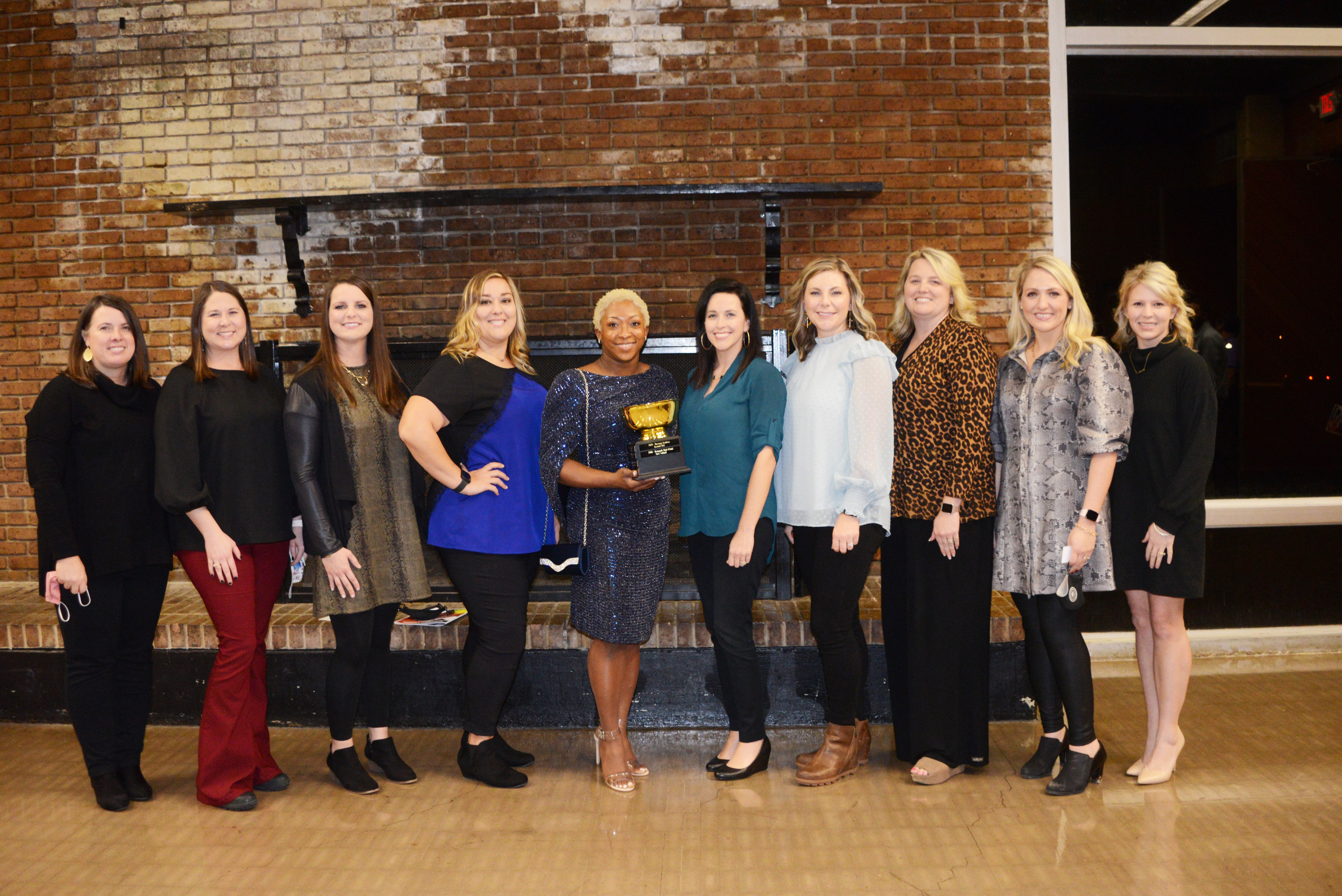 The 2003 DHS championship softball team was honored at the HOF banquet.

The induction ceremony began with Cedric Landrum being inducted by his brother Roosevelt Landrum. Landrum was a four-year baseball letterman for the University of North Alabama (UNA) from 1982-85 and became the first Lion baseball player to make it to the Major Leagues. While at UNA, Landrum recorded 69 stolen bases in 1985 and helped UNA set a Division II national record for a team with 260 steals.

Harold Little was inducted by his classmate Rev. Roy Scruggs. Little attended Albany State in Georgia where he earned the nickname “Alabama Slim.” He also earned the honor of being named All-Southern Intercollegiate Athletic Conference (SIAC) in football. Harold also made the track team competing in the javelin, and won the conference title. 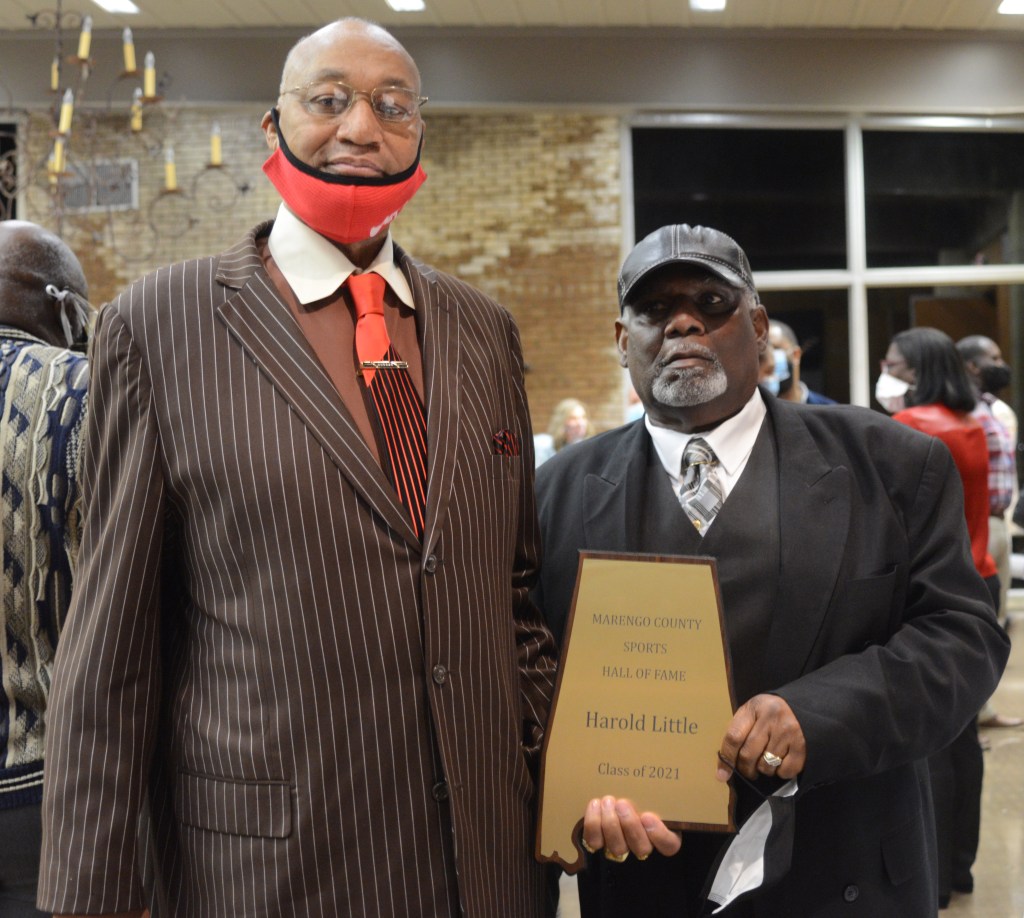 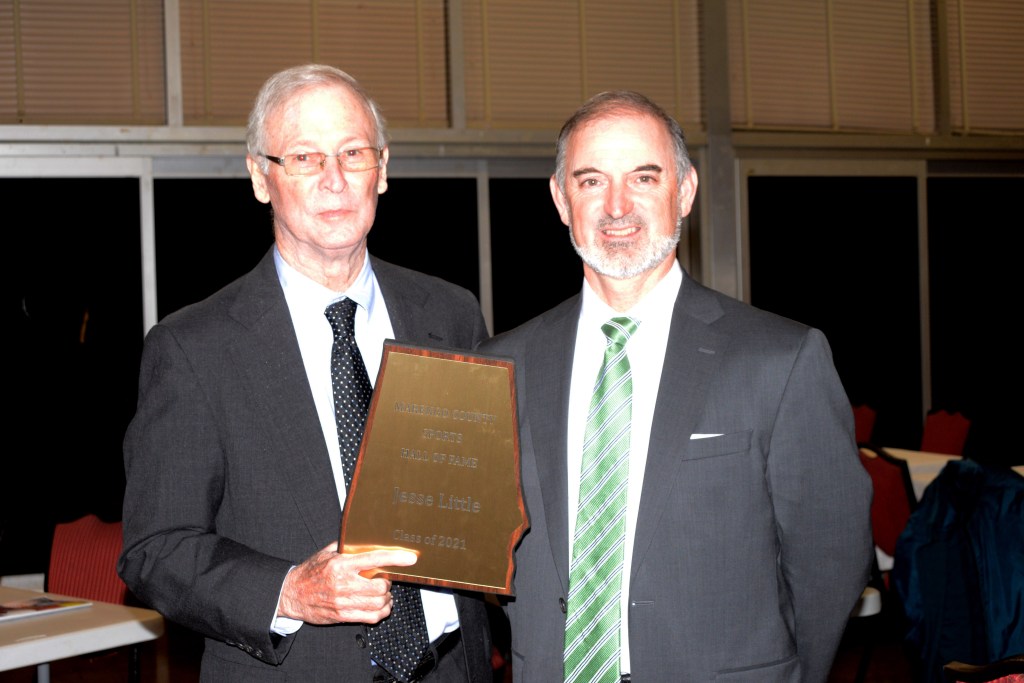 Griggers described Little as a stern coach who had high expectations for his players.

Lester Mitchell was inducted by his friend Oddibe McDowell. Mitchell attended Selma University Junior College where he was offered a chance to try out for the basketball team when the coach saw him play a game of pickup basketball. Lester made the team and averaged 7 points a game. He was also a walk-on for the baseball team and was named the starting pitcher for his freshman and sophomore years. 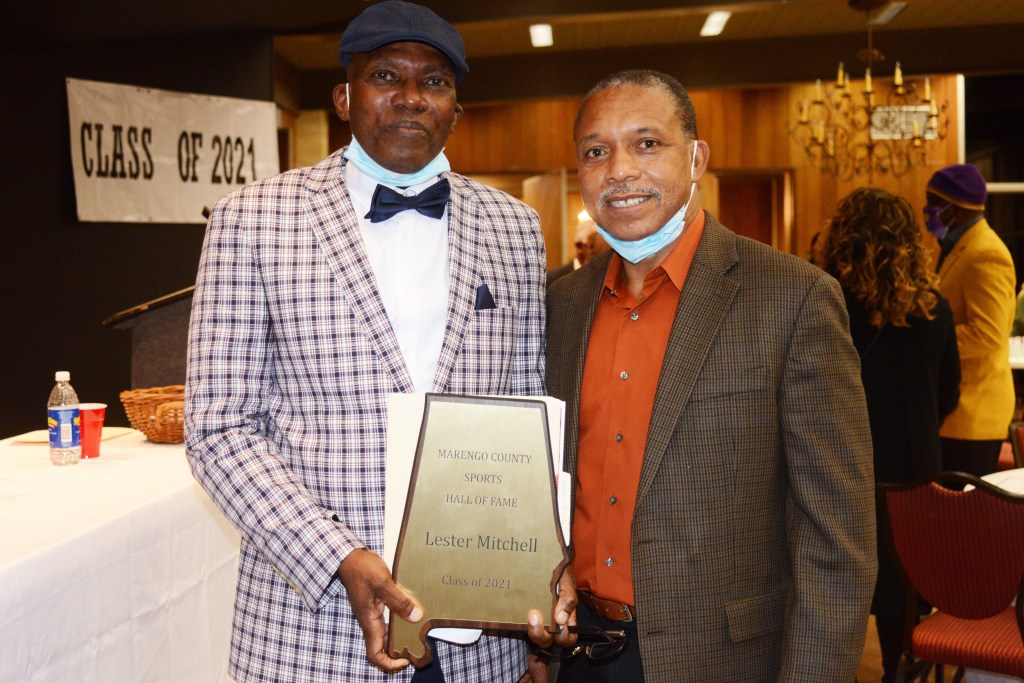 The Marengo County Sports Hall of Fame Board ended the night by thanking their sponsors for their support and generosity, and thanked the community for donations.