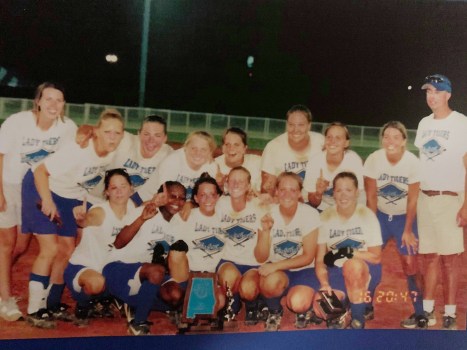 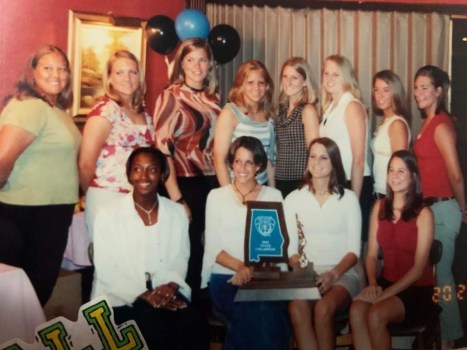 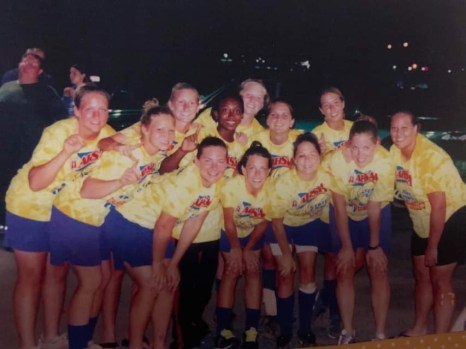 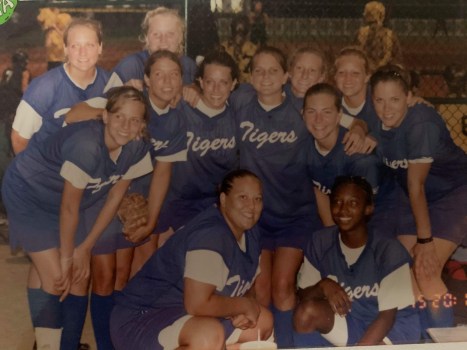 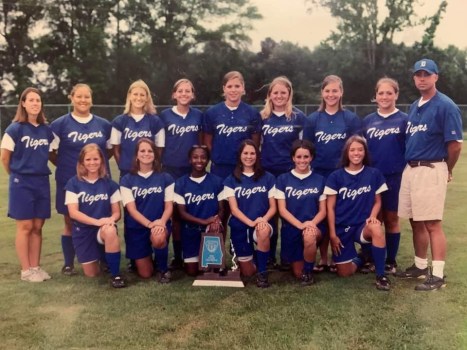 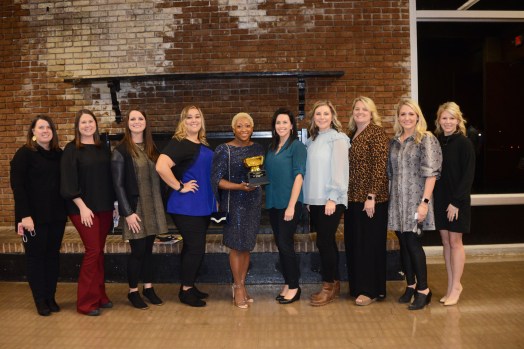 The 2003 Demopolis High School girls’ softball team was honored last week for the legacy it left on the Jewel of the Black Belt.

The team won the 2003 Alabama High School Athletic Association’s 4A past-pitch softball state championship, which was the school’s first and only softball title. Members of the team were honored at the Marengo County Sports Hall of Fame banquet Monday, Feb. 8.

During the state tournament, the Lady Tigers battled back from the loser’s bracket after losing the first game to Bibb County, 2-0.

After the loss to Bibb County, the team went on to win five-straight games, including two more games against Bibb County.

MCSHOF Chairman Tony Speegle described the 2003 team as a very special group of people who worked hard to earn their championship.

“They were very competitive and worked well together,” said Speegle. “They always had each other’s back, and they made the championship happen by believing in each other and their coaches.”

The 2003 team was a very determined group of girls who wanted the championship and went after it with everything they had.

“They worked hard and believed in each other,” Speegle said. “Different players achieved things in each game and that carried them through the whole season because they believed in each other. Whoever’s turn it was to contribute to a game did what they needed to do to make plays and win the game.”

Wayne Harris was the head coach that year. Tournament organizers selected Kepler, Roark, Simmons and Knapp for the All-tournament team. Roark was selected as the Most Valuable Player of the state championship tournament.

Team members were delighted to be honored among other top Marengo County athletes and for a chance to stand with teammates 18 years later.

“It was truly an honor to be a part of that group,” said Dorothy Knapp Baker. “I’ve never been a part of something so unified until that year. We did everything together – ate dinner, slumber parties, catch rides, walked to classes. We knew every strength and weakness of each teammate. I am beyond blessed and forever thankful for that bond we all developed, and to be inducted into the hall of fame was nothing we ever expected. The talent and accomplishments amongst this county is incredible. So, to be  part of that is a complete honor. I love that group and I’m so happy I got to stand together with them.”

Kristin Etheridge Samples said she was unable to actually attend the event due to not feeling well the night of the event, but the honor was no less special to her.

“When I first found out we were being honored, I was ecstatic,” she said. “It was well-deserved and I hate I had to miss it. To my knowledge, we are the only softball team that has ever won a state championship for the school. Our team worked hard that year and overcame so many obstacles to pull off the final win. It was definitely a day I’ll never forget and a memory I’ll forever cherish.”

“To be among so many talented people was a special treat,” she said. “Being honored as team of the year meant so much. Sports is the foundation to so much success – being part of the 2003 state championship softball team was a special memory in my life and it was great to relive those members.”

Katie Simmons Middlebrooks said being inducted into the hall of fame is such an honor.

“It shows the unity we had then and now as we came back together after 18 years,” she said. “It shows just how much hard work and consistency pays off. I’m grateful to have been a part of an amazing group of ladies.”

Roark was named to the Alabama Sports Writers Association Super All-State Team. She was also named to All-State first team.

Simmons, who was a junior that year, had a .474 batting average and led the team with 51 RBIs and six home runs and Lee had a