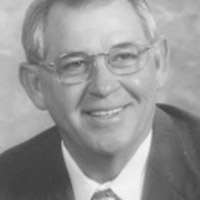 In 1968, he married the love of his life, Betty Hamlin. They raised one son, Bryan, and were almost inseparable for 52 years.

Known for his fairness, compassion, great sense of humor and love of cooking (especially BBQ), Butch  loved his grandchildren Lorelei and Liam more than anything else.

Butch was a long-time educator that served as teacher, coach, and principal in Selma and then in Demopolis. He represented Third District Athletic Association on the Central Board of Control of the        Alabama High School Athletic association for a number of years, was a long time member of the Demopolis Rotary Club, and a Paul Harris Fellow. He wanted to be remembered as an educator that cared about children and wanted them to succeed.

A funeral service was held on Wednesday, February 17, 2021 at the First Baptist Church in Demopolis at 11:00 a.m. A private burial followed in the afternoon in Aliceville. For those who are so moved, memorial gifts can be made to the Demopolis City Schools Foundation.