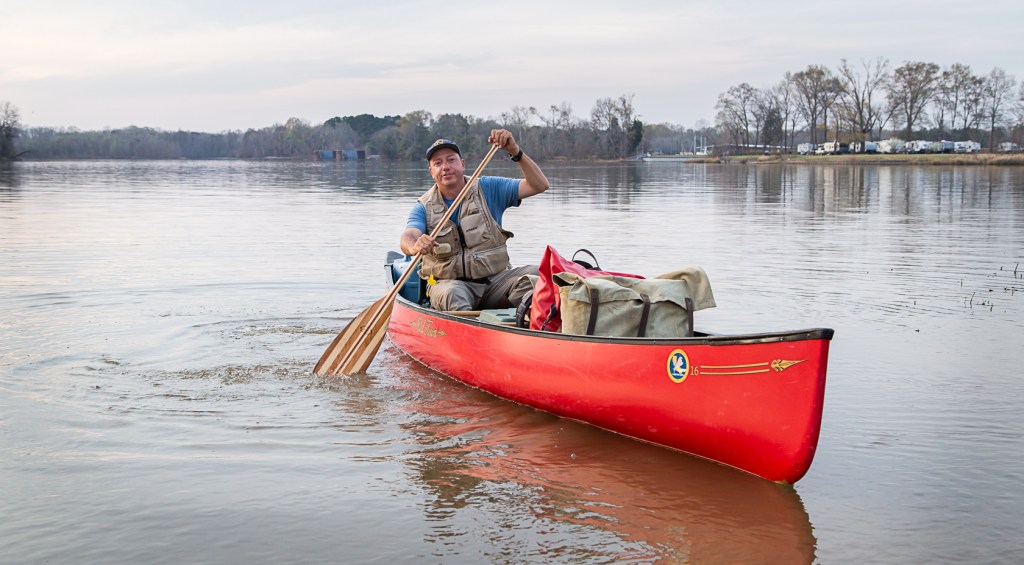 A unique traveler recently visited Demopolis on Friday, March 12. Neal Moore arrived at the boat landing after traveling more than 4,000 miles from Oregon by canoe.

Moore has been journeying across the U.S. for an entire year. His trek began on the Columbia River in Oregon in February 2020. He will be navigating the country’s waterways all the way to New York. The 7,500-mile route encompasses 22 rivers and 22 states. Moore is originally from Los Angeles and has been a traveler since he was a young boy. He has lived most of his life in Africa and East Asia.

Moore said he is taking his open canoe from the west coast to the east coast to show how the waterways connect and how Americans connect.

“Part of what I’m doing is I’m doing it for life experience. I’m looking specifically at diversity and what makes Americans tick and what they look like,” said Moore. “I want to hear what Americans have to say and show what we can learn about each other.” 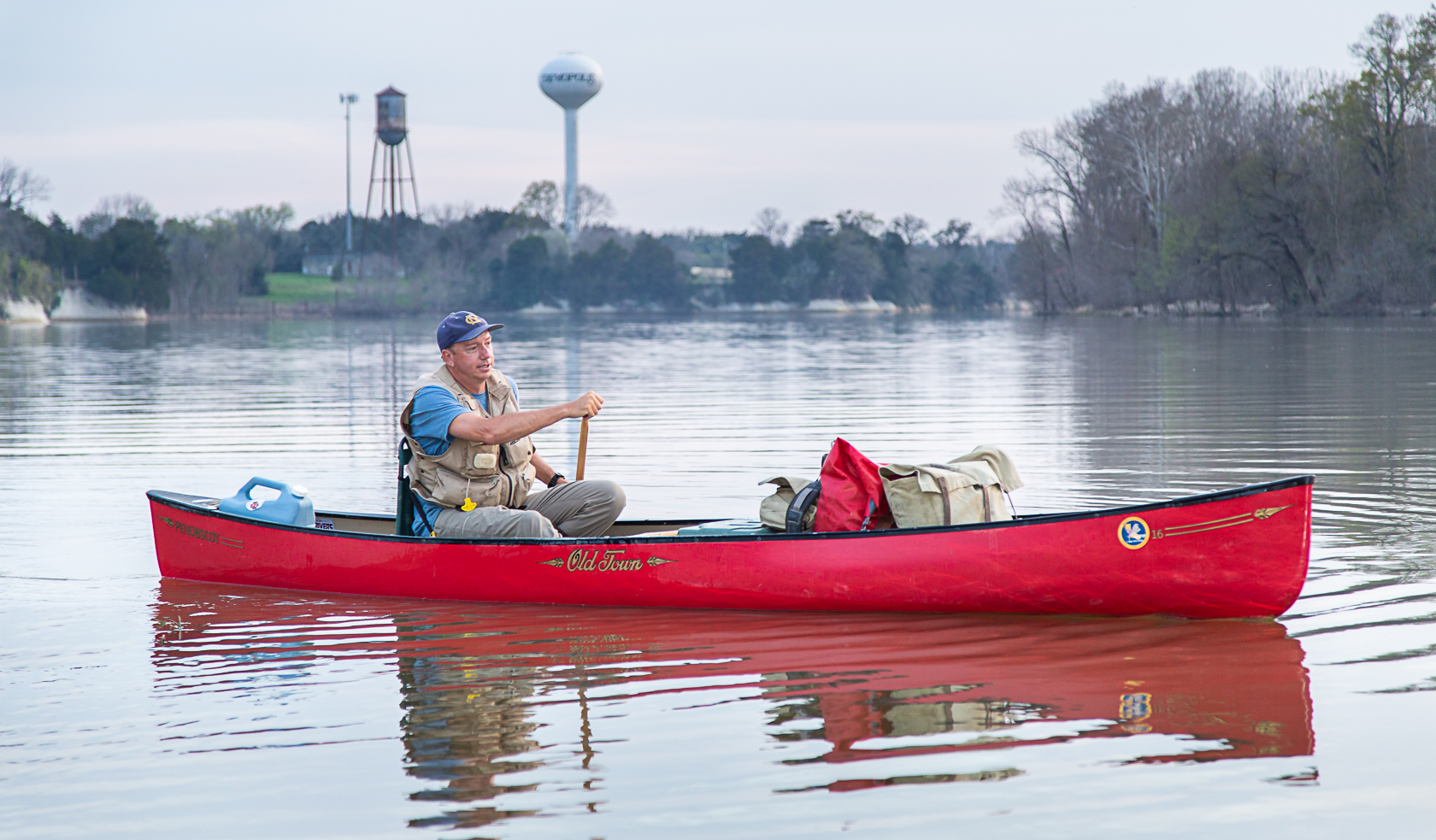 Moore is on a two-year solo journey across the country from Oregon to New York. Photo courtesy of Michael Clements.

During his journey, Moore has braved the currents of the Columbia, Snake, and Clark Fork rivers as well as the Continental Divide. Afterward, he traveled down the Mississippi River in eight months to New Orleans. He marked one-year of traveling when he reached the Gulf Coast. He had to wait out the storm season in the Gulf before continuing north toward the Great Lakes and the Hudson River. Upon his arrival in Demopolis, Moore had traveled 4,750 miles.

Not only has Moore faced the challenges of traveling by river, but he has also felt the effects of the COVID-19 pandemic. He began his expedition just a few weeks before the pandemic hit, and he had to rethink some of the plans he’d made for his trip.

“I’ve had to bypass a lot of towns, but even with COVID, the storytelling hasn’t stopped. In fact, I believe it’s been enhanced,” said Moore. “You can’t be afraid of what’s next. You have to look around you. It’s during hard times when people come together and help each other out.”

Moore said that what he loves most about traveling the country by canoe is that it is a nod to the people who came before him.

“It’s a situation where you paddle, and in some cases, you’re putting your life on the line with freak waves or tornadoes,” said Moore. “But when you come into a place like Demopolis, you’re not only ready for it, you’re excited. And you step and get a feel for what makes the town tick.”

Moore said that he observes how the local people live and interact with each other whenever he comes into a town.

By the time he reaches New York, Moore hopes to string his journey together and have the story of America.

“The story of America isn’t just one person or one group’s story. It’s all of us,” said Moore. “And my hope is that when you add all of these stops, towns, people, and experiences together, you’ll have the story of America.”

The next leg of Moore’s expedition will take him north toward the Great Lakes and the Hudson River. He said he is excited to see the eastern side of the Mississippi River and learn from the people who live along the waterway.

“I’m excited to see this whole region and learn about the communities along the way. I’m excited about the culture and the food and learning about the people and hearing what they have to say,” said Moore. “It’s been a positive and wonderful experience so far, and I can’t wait to see what’s next for me.”

If anyone wants to continue following Moore on his journey to New York, visit his website www.22rivers.com to learn more about his travels. He can also be emailed at rollingreport@gmail.com, or follow him on Instagram at riverjournalist.