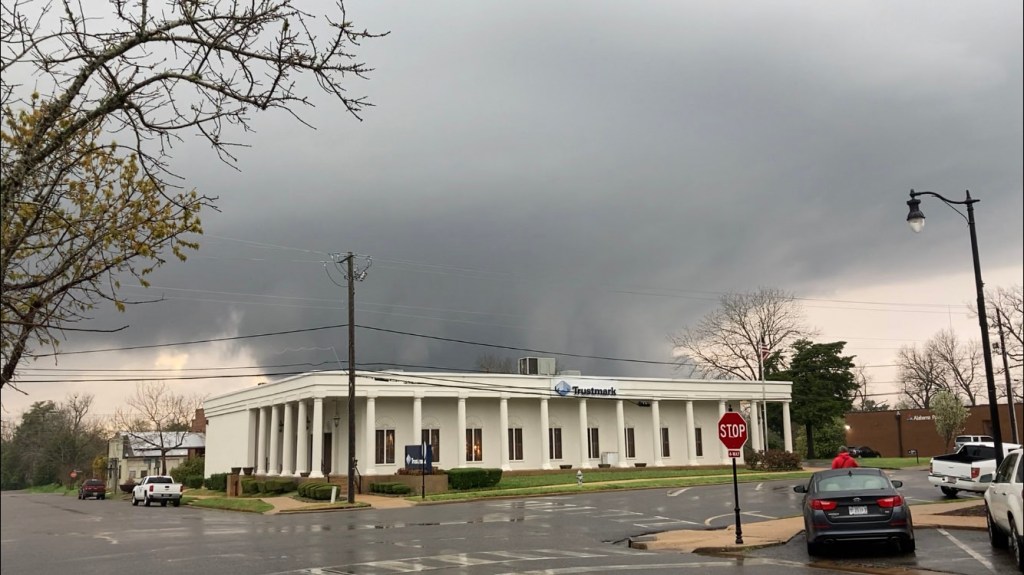 An EF-2 tornado passed by Demopolis during severe weather on March 17. Photo courtesy of Michael Clements. 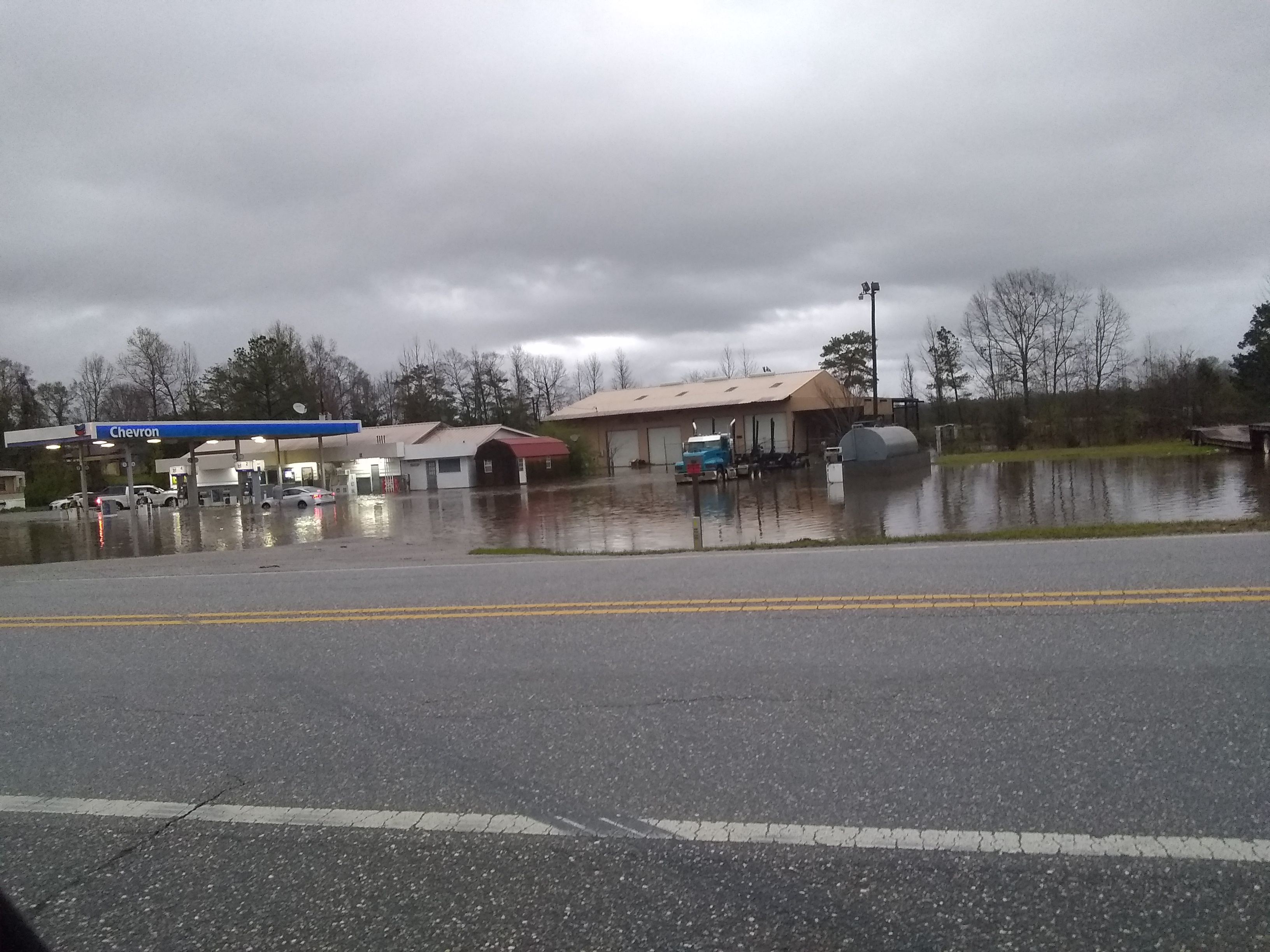 The Chevron gas station in Dixons Mills flooded during the March 17 storm. Photo by Andrea Burroughs.

Marengo County Schools were dismissed at noon on Wednesday, and several businesses in the county closed shop early.

In Demopolis, an EF-2 tornado passed just west of the city. It crossed the Tombigbee River near the Demopolis Wastewater Treatment Plant (WWTP). The EF-2 tornado started in Mississippi and traveled an estimated 35 miles before crossing the state line with 125-130 mph winds. The storm had a width of 400 yards.

Demopolis Mayor Woody Collins said this was his first time in a severe weather situation. He relied heavily on city department heads to guide him.

“I got together in my office with the police and fire departments, public works, our city clerk, and the 911 coordinator,” said Collins. “They presented numerous “what if” scenarios, and we talked them through and discussed them. They did a great job in bringing me up to speed with events like this.”

Wallace Community College, which owns the National Guard Armory building, allowed the city to use it as a shelter. Collins said everything they did fell into place.

“Thank the good Lord that all tornadoes missed us,” said Collins. “We were fortunate on that one.”

Michael Clements of Clements Creative Images shot a video of the tornado as it passed by Demopolis along the river. He and his wife were in a pageant headshot portrait session at their studio when the NOAA weather radio alerted them to the storm. Clements said he was comfortable that the storm tornado wouldn’t touch the city.

“Having spent a good amount of time outside in my life watching clouds and weather, the movement of the tornado was on a steady path which was not coming directly into downtown,”said Clements. “That observation and having seen the projected path via James Spann, I was decently comfortable that it would continue on its path, which was taking it a safe distance north of downtown, in Sumter and Greene counties.”

Demopolis resident Justin Davis also shot a video of the tornado from his workplace at River City Diesel.

“I was at work at River City Diesel and heard the sirens in town going off. We had been monitoring the news too,” Davis said. “We could see it coming across and had a good view of it. I thought it was pretty cool, not something you get to see in person like that.”

In Sweet Water, an EF-1 tornado with 90 mph winds touched down and remained on the ground for about five minutes and nearly three miles. It touched down on County Road 6, traveled along County Road 7, and dissipated when it reached Highway 10. There was no damage to homes in the area.