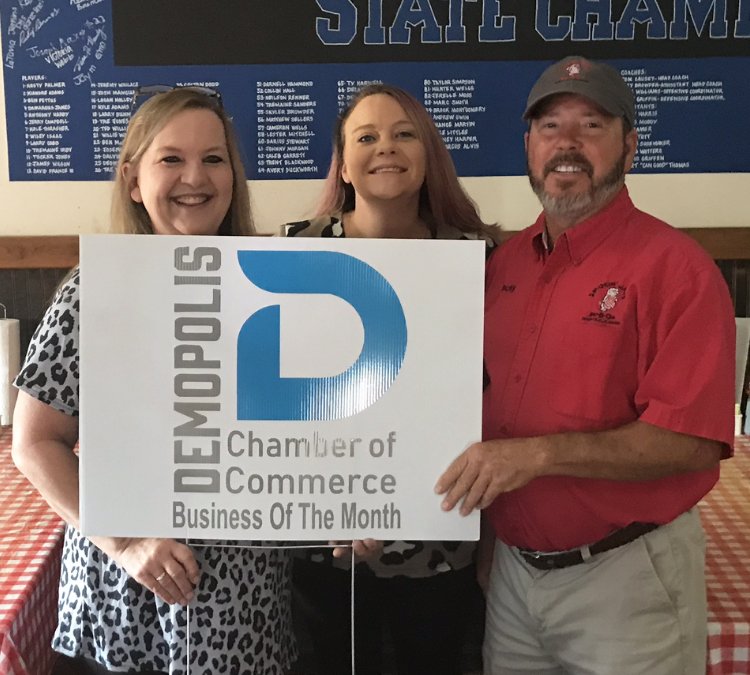 Smokin Jack’s BBQ has been named the June Business of the Month by the Demopolis Area Chamber of Commerce. It is located at 1023 US-Hwy. 80. 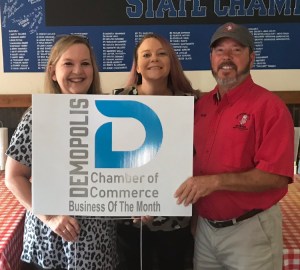 Smokin Jack’s is a family restaurant that serves a variety of home-style meals, BBQ and ribs fresh off the smoker, steaks, fish, shrimp, wings, sandwiches, and so much more.

Smokin Jack’s was opened in 2004 and its owner, Jackie Poole, has owned the business ever since. Poole opened his restaurant after leaving his job at a nearby mill and said that he opened the restaurant because there were very few restaurants in Demopolis at the time. Poole started off catering food on the side, and when he saw how much people loved his BBQ he came up with the idea for Smokin Jack’s.

Due to the COVID-19 outbreak last year, Smokin Jack’s operating hours have changed from what they used to be. Their hours used to be 11 a.m. to 9 p.m. Tuesday-Saturday. Manager Karen Creighton said that a large part of their orders are carryout.

“I think people are still a little leery of dining-in, so to-go orders are a big thing right now,” said Creighton. “But we’re slowly recovering. It’s coming back.”

Creighton said that the staff of Smokin Jack’s is honored to have been chosen as the business of the month.

“We put our heart and soul into this place all the time,” said Creighton. “It’s a big honor to be chosen for this month.”

In addition to being featured in the local newspaper, the Business of the Month is now also featured on the electronic billboard near Parr’s Chevron on Highway 80 West.