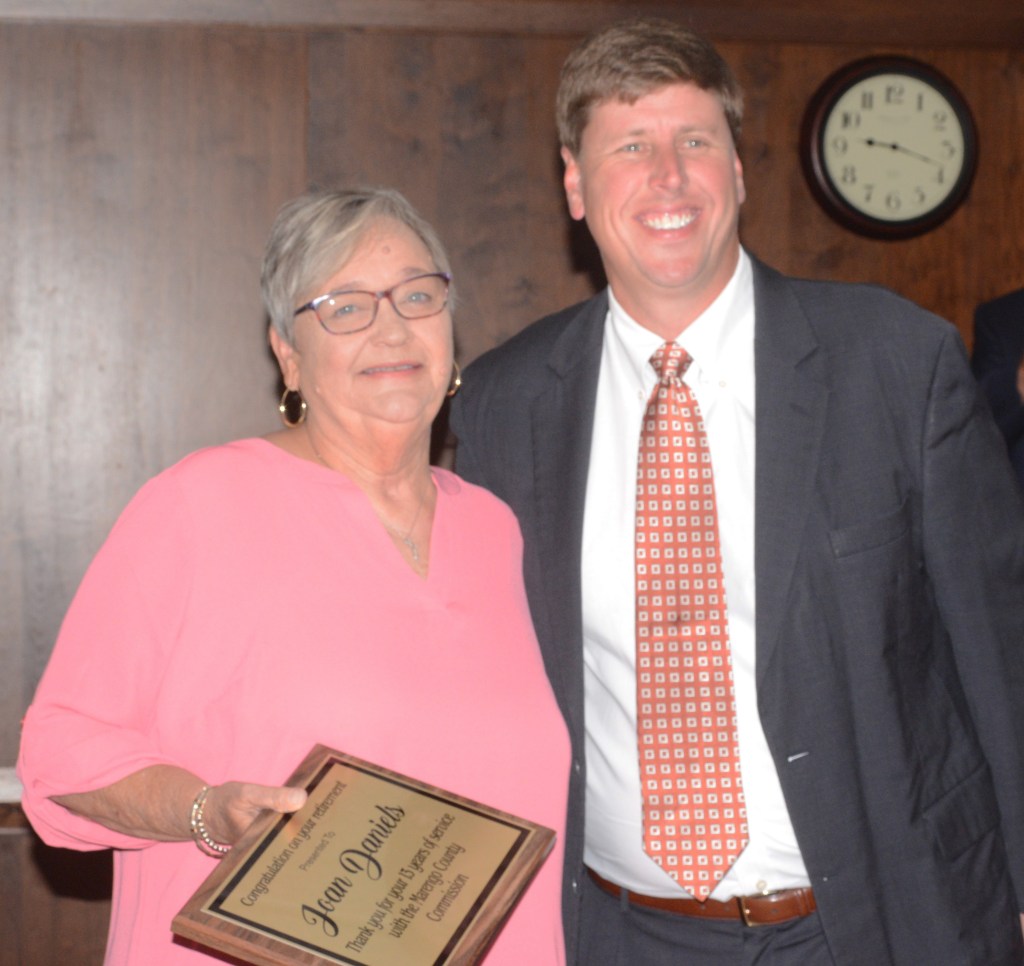 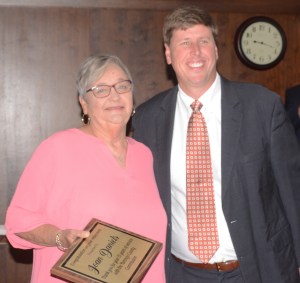 The July Marengo County Commission meeting was another short one as the Commission moved through the agenda quickly. The highlight of the meeting was the presentation of a plaque to Joan Daniels who is retiring from the Road Department after thirteen years of service.

“We want to thank you for all that you’ve done for us and we will miss you,” said Commission Chairman Jason Windham.

Under department reports, Engineer Ken Atkins announced that the Rebuild Alabama transportation plan will be presented at the August meeting. Atkins will meet with the Commission beforehand to discuss what he has planned for the next Rebuild Alabama Act.

EDA Director Jo Ellen Martin announced that Calvin Burroughs, the Public Information Officer for the Alabama USDA Rural Development Office, has agreed to visit Marengo County on Thursday, July 22 to hold a meeting at Rooster Hall in Demopolis. Martin said she has had inquiries from some of the mayors and residents in the county about RISE grants (Rural Innovation Stronger Economy) or the new American Recovery Action Plan and how the funds can be used by the county. Burroughs will be at Rooster Hall at 1:30 p.m.