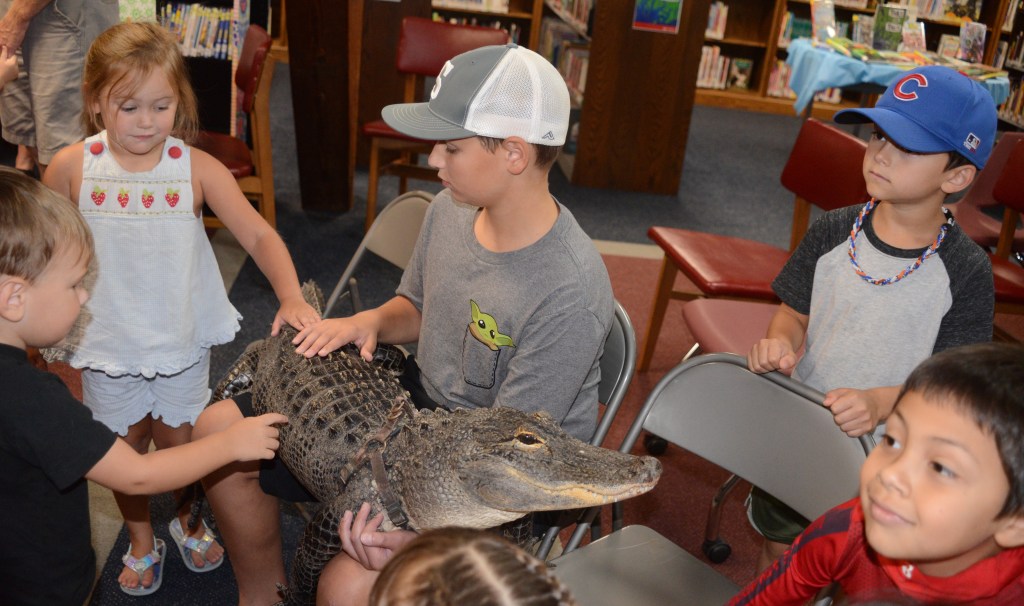 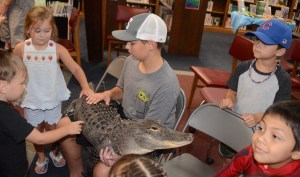 Children attending the reptile show got to get up close and personal with Sweet Pea, an American alligator, and one of the stars of the show.

The Reptile Program, also referred to as the Snake Show, brought in several different kinds of snakes from the harmless king snake to a large python named Banana Pudding. Along with the snakes, handler Rebecca Tucker showed off lizards, turtles, tortoises, and alligators.

They shared fun and safety facts about the animals and what children (and adults) should do if they come across one of these animals, particularly the snakes. The distinctive features of each snake was pointed out to aid in identification, such as the red, black, and yellow bands of King snakes and coral snakes. Tucker also stressed that if someone came across a venomous snake they shouldn’t make any sudden movements that might provoke the snake to bite. She also described the sound that young alligators make to communicate with their mothers, which is a yelping sound that can be heard from several feet away. She said that any nearby alligators will investigate the sound and warned the audience to avoid baby alligators in the wild.

Children and parents were introduced to an African tortoise named Spike, a Bearded Dragon named Buddy, Sweet Pea the American alligator, a skink, and Banana Pudding, a 12-foot long python. 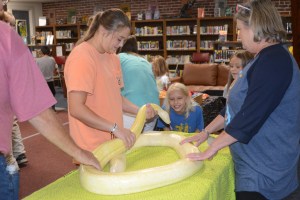 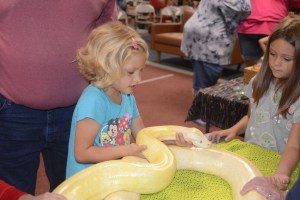 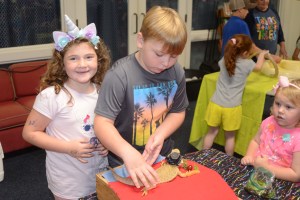 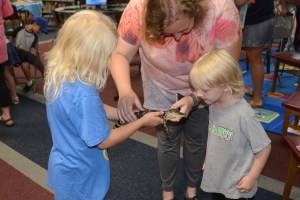 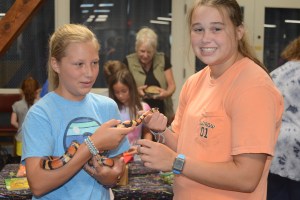 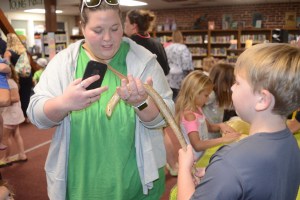 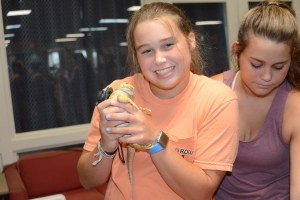 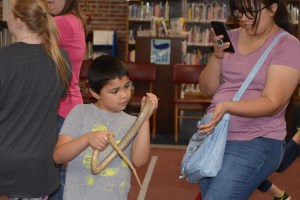