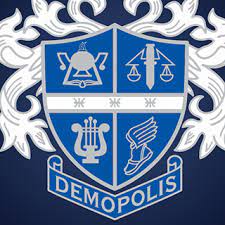 Demopolis High School students and faculty returned to classes on Friday after the school received a bomb threat on Thursday, August 12.

School administrators became aware of the threat around 11:30 a.m.  Students and faculty were evacuated to Fairhaven Baptist Church where they stayed until police cleared the building. Students were allowed to return to campus at 4 p.m. on Thursday to retrieve their vehicles.

Students were allowed back in the building Friday morning where classes resumed as usual.

“We hope to resolve this very soon,” said Willis.

Demopolis Police Chief Rex Flowers said the incident is under investigation and the police department is working on leads. If the person(s) responsible for the call are apprehended, they will be charged with Making Terroristic Threats.

Flowers expressed his thanks to the staff at the high school, the fire department, the District Attorney’s office, the FBI, and the ALEA Bomb Squad for their assistance.

If anyone has any information pertaining to the incident, contact the Demopolis Police Department at 334-289-3073.