Owings speaks on how library continued to serve during pandemic 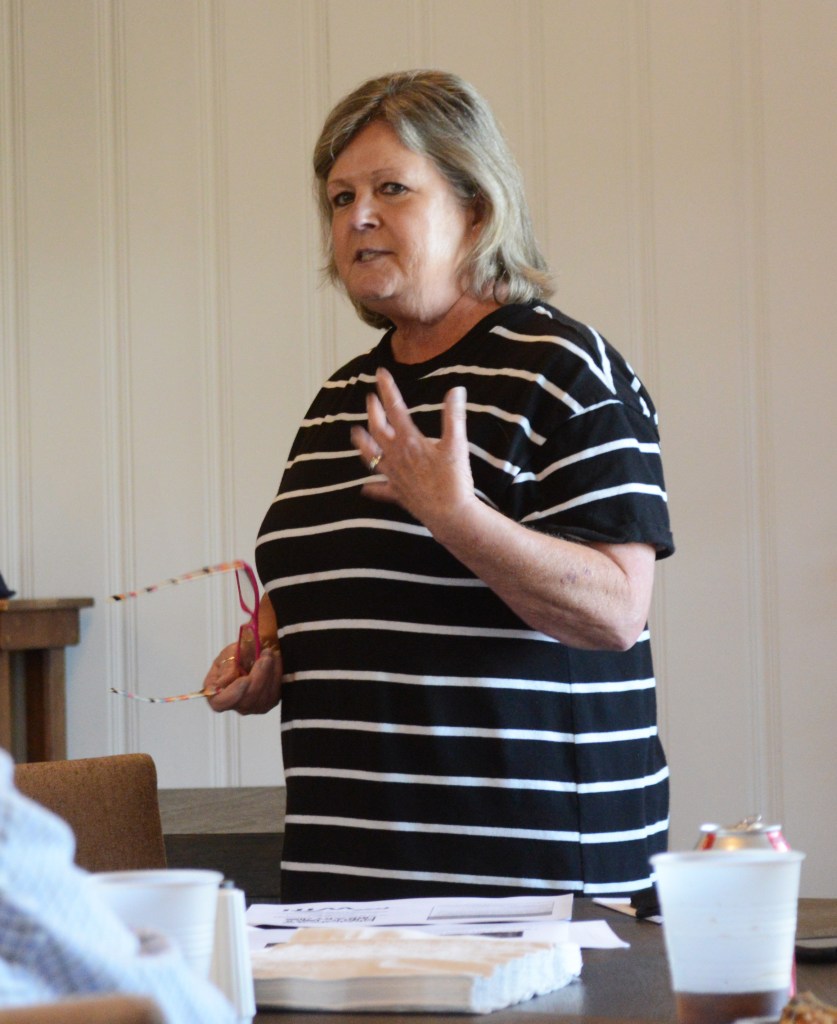 Demopolis Public Library Director Kathy Owings. Owings served as the Children’s Librarian for four years before taking over as the library director in 2019.

Demopolis Public Library director, Kathy Owings, was the speaker for the August 25 Rotary Club meeting. Owings spoke on how the library fared through the height of the COVID-19 pandemic and continued to serve the community and their 4,500 active patrons.

When the pandemic hit last March, the library had to close its doors like many businesses across the country. The library and its staff had to go through an adjustment period before reopening to the public, and several of the restrictions from last year are still in place.

Owings served as the Children’s Librarian for four years before taking over as the library director in 2019. In that same year, over 32,000 items were checked out from the library.

The library closed in March of 2020 and was closed to the public for around seven weeks while they implemented protocols approved by the CDC. Owings said the library tried to stay in contact with the public as much as possible through Facebook, book pickups in the parking lot, and making WiFi available in the parking lot.

Owings said that one of the things the library staff did while they were closed was housekeeping. They used the time to go through the shelves and weed out books that were either outdated or had not been checked out in a long time. They also sold the old books last summer as an extra source of income.

When restrictions began being lifted, the library slowly reopened in phases. Computers had to be reserved in advance to accommodate social distancing. Books had to be reserved online and picked up in the parking lot via curbside delivery. The number of books checked out were limited and had to be sanitized before they were either returned to the shelves or reserved for the next patron. At present, adults may check out 10 books at a time, and children are limited to only five books.

Owings also said that magazines and children’s toys have not been returned to the library as they are too difficult to routinely clean.

During Christmas of last year, the library opened its doors for pictures with Santa. Restrictions were still in place, but the event was well received and Owings deemed it successful. Hand sanitizers and wipes were used to keep the area clean between each child’s visit with Santa.

Owings aims to keep the library open to the public and continues to do her best to make visits as safe and satisfying as possible for her patrons.