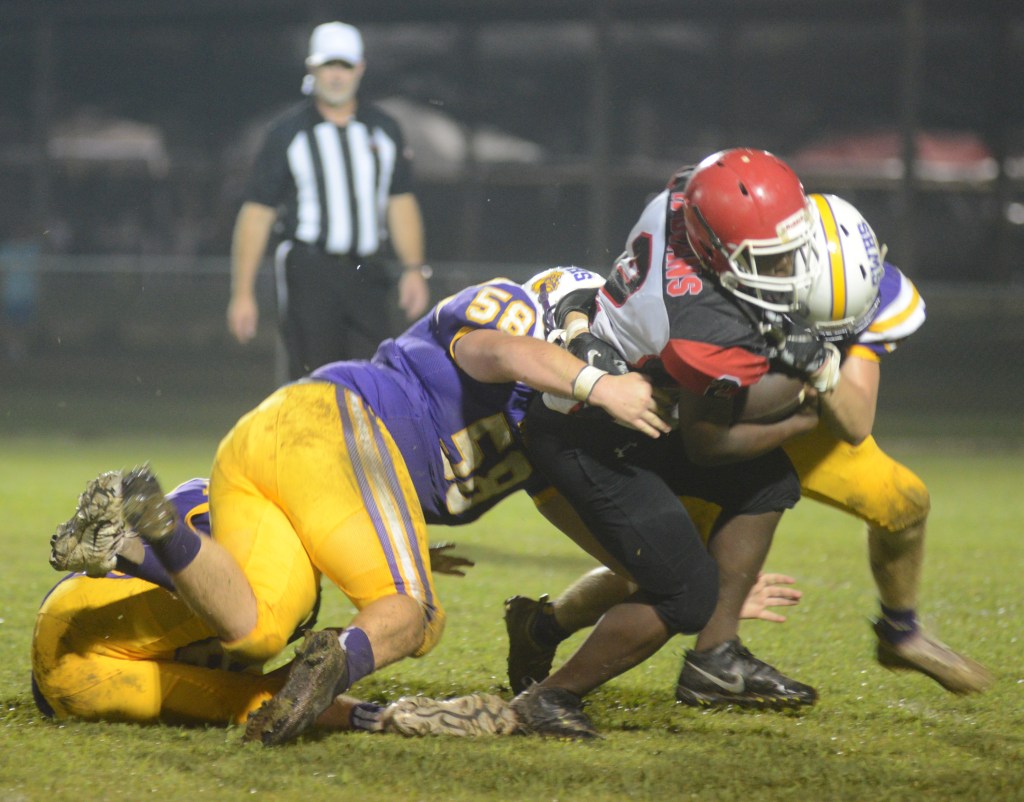 The Sweet Water Bulldogs got a big Homecoming win over the visiting Southern Choctaw Indians. The Bulldogs scored the majority of the points in the first half in a dominating performance last Friday night.

Jaland Lewis Horton got things started for the Bulldogs on a 3-yard run to the end zone with 10:40 in the first quarter. Michael Alan Cole’s PAT kick was good, and the Bulldogs jumped out to an early 7-0 lead.

A few minutes later, the Bulldogs blocked an Indian punt that was recovered by Cole and taken into the end zone. Cole’s extra point kick was good, and the Bulldogs took a 14-0 lead over the Indians barely four minutes into the game. 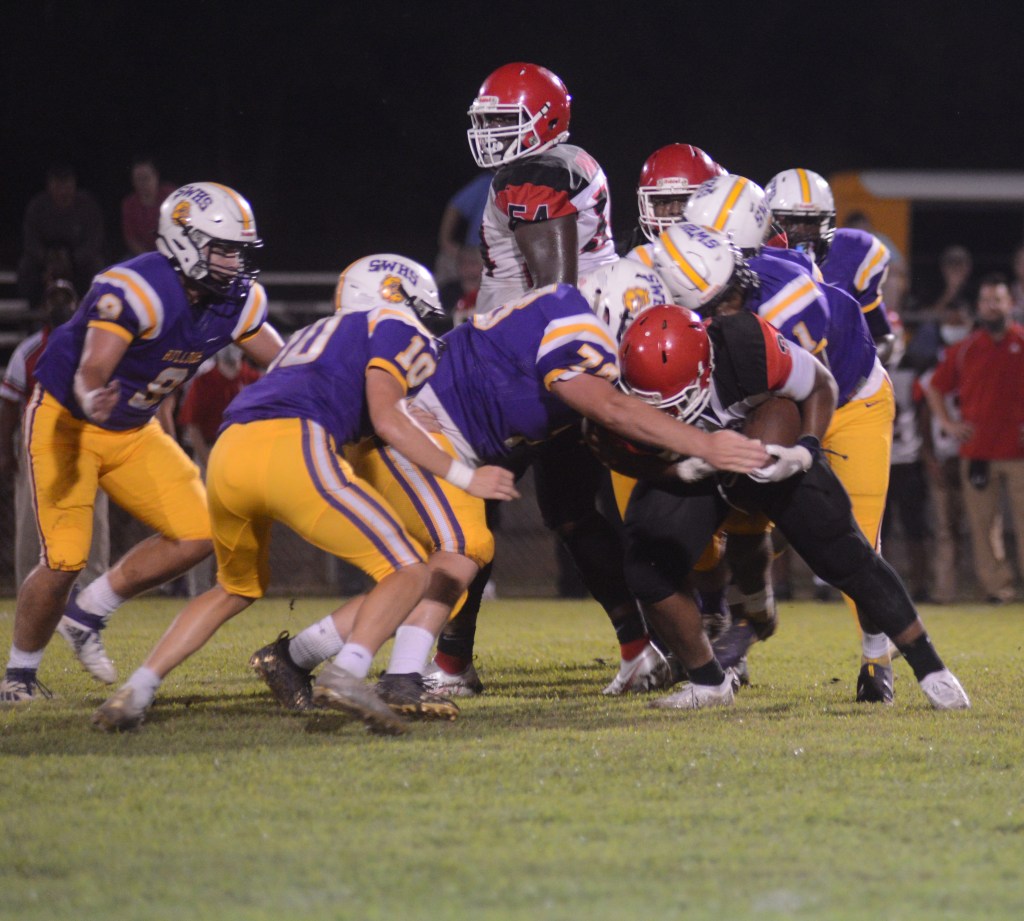 A Southern Choctaw player runs into a wall of Sweet Water defenders.

Horton scored again at the 4:39 mark when he ran 30-yards for the score. Cole’s extra point kick was good once again, upping the Bulldogs score to 21-0.

At the 9:00 minute mark in the second quarter, Bulldog quarterback Walker Thompson darted 32-yards downfield for the score. Cole’s streak of PAT kicks ended with a missed kick, leaving the score at 34-0.

Elliot Lucy scored one last first half touchdown for the Bulldogs on a 12-yard run. Thompson’s extra point kick was good, and the Bulldogs took a 41-0 lead into halftime.

The Indians’ only score of the game came at the 2:44 mark in the third quarter after they recovered a Bulldog fumble at the 14-yard line, putting them within range of the end zone for the first time. The Indians ran it in, but failed to get the two-point conversion, making the score 41-6.

The Bulldogs (7-0, 3-0) will travel to Washington County to take on the McIntosh Blue Devils this Friday, October 8.