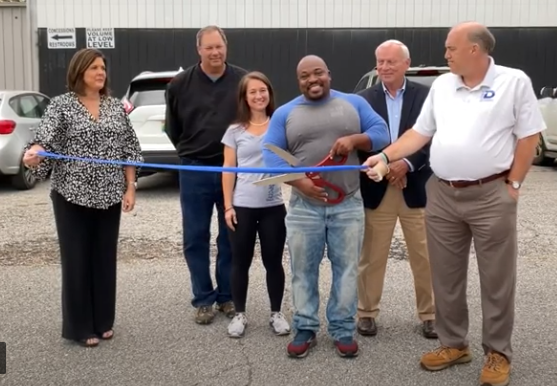 Owner Richard “Tank” Bryant has wanted to open a drive-in movie theater in Demopolis for several years now, and earlier this year he gained the Council’s approval to go ahead with opening his business. In addition to the movie theater, there is also the War House Gym and War House Rentals for small businesses.

Mayor Woody Collins briefly touched on how long he and Tank have worked on the project, and how they overcame the obstacles.

“I’ve really enjoyed getting to know Tank, and visiting with him,” said Collins. “I’m proud today to finally see it come about.”

Tank expressed his appreciation to everyone who supported him throughout his campaign of bringing a movie theater to the area. He said there are several more events in the works, including the Magic and Illusion troupe “The Crescent Circus” on Friday, November 19.