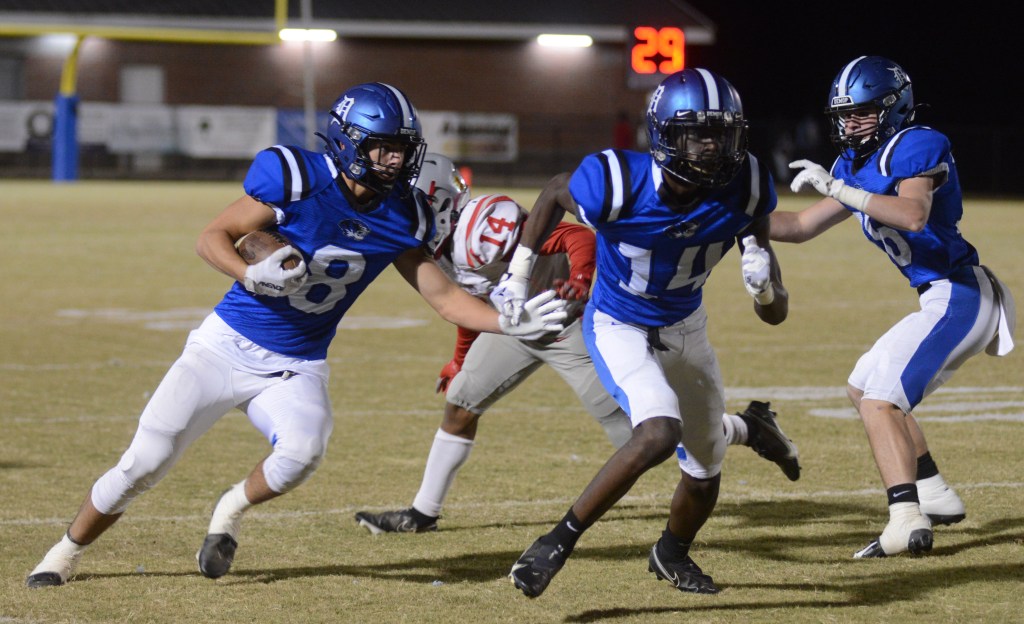 The Demopolis Tigers got back in the winning column this past Friday with a big victory over the B.C. Rain Red Raiders in the first round of the AHSAA football playoffs. The Tigers scored often in the game and cruised to a 49-6 victory.

Craig Nichols got the ball rolling for the Tigers when he scored the first touchdown of the night with only a few minutes gone off the clock. Joseph Gantt’s extra point kick was good, and the Tigers took a 7-0 lead over the Raiders with 10:13 left in the first quarter.

A few minutes later at the 5:33 mark, Nichols scored again from the 2-yard line. Gantt’s PAT was good, increasing the Tiger score to 14-0.

After a series of punts between both teams, Tiger quarterback Drew Seymore connected with Cam’rom Wright for a 42-yard touchdown with 4:12 to go in the second quarter. Gantt’s PAT was good, upping the Tiger lead to 21-0.

The next score came when Seymore found Wright again for a 37-yard touchdown pass. The extra point kick was good, making the score 28-0 with 2:09 left to play in the first half.

On the Raiders’ next possession, the Tiger defense made a goal line stand, and the Raiders were forced to turn the ball over with 0:23 left in the second quarter. From there the Tigers ran out the remainder of the clock and took a 28-0 lead to the locker room.

The first play of the second half for the Tigers resulted in a touchdown when Seymore found KJ Rowser for a 23-yard pass. The extra point was good, making the lead 35-0 with 10:10 left in the third quarter. 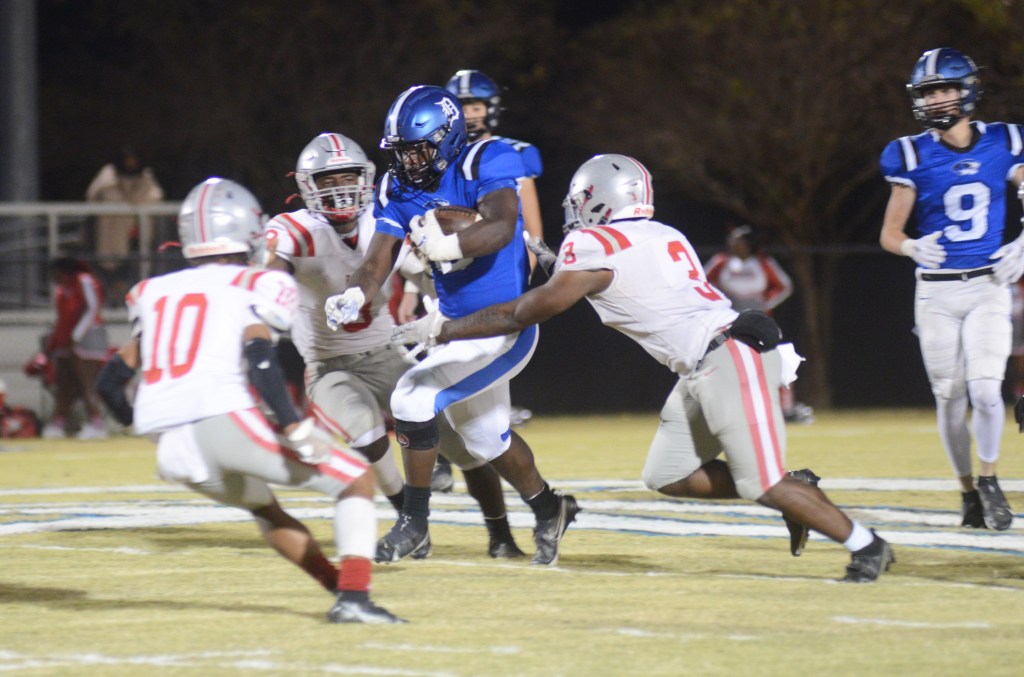 A DHS player breaks through the the B.C. Rain defense. Photo by Andrea Burroughs

Keishawn Rowser picked up the next and last score for the Tigers in the fourth quarter on a short run to the end zone. Gantt continued his perfect kicking streak, increasing the Tiger lead to 49-0.

The Raiders scored their lone touchdown of the night on a 9-yard run with 2:10 left in the game. The PAT attempt was no good, making the final 49-6.

With the win, the Tigers move on to the second round of the playoffs, and will travel to Andalusia to take on the Bulldogs this Friday, November 12. Kickoff is at 7:00 p.m.