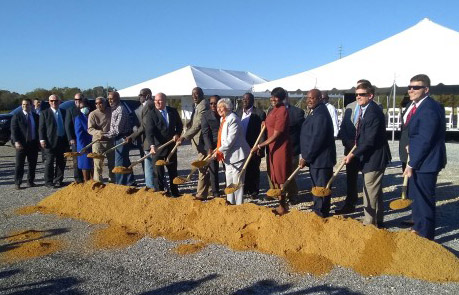 Gov. Kay Ivey made a visit to Linden on November 12 where she presided over the groundbreaking ceremony for the Linden Bypass. The ceremony took place at the Linden Industrial Park with area mayors, county commissioners, and local and state dignitaries. Other speakers at the event were Choctaw County Commissioner Tony Cherry, Bobby Singleton of the Alabama Senate, A.J, McCampbell from the Alabama House of Representatives, Tuscaloosa Mayor Walt Maddox, and Thomasville Mayor Sheldon Day.

The Linden Bypass is the first part of the West Alabama Corridor project that will provide interstate connectivity to rural counties that currently lack a four-lane to an interstate highway, ultimately creating a four-lane connection between Mobile and Tuscaloosa.

“This is more than just another Build Alabama project. It’s much bigger,” said Ivey. “This groundbreaking is a symbolic gesture of the state’s commitment to complete a four-lane highway from Mobile all the way to Tuscaloosa and, in the future, even further north.”

The project has been in discussion for decades, even as far back as the 1950s when Jim Folsom was the governor of Alabama. Thanks to The Rebuild Alabama Act, it is now a possibility.

Ivey gave her thanks to the members of the legislature and their decision to pass a “bold, ambitious Rebuild Alabama infrastructure plan. Everybody knows you can’t build roads and bridges with monopoly money. If we’re not willing to invest in our own infrastructure, how can we expect anybody else to do it for us?”

Ivey also said that to bring economic opportunities and jobs to the Blackbelt, there has to be good roads and bridges to attract companies. 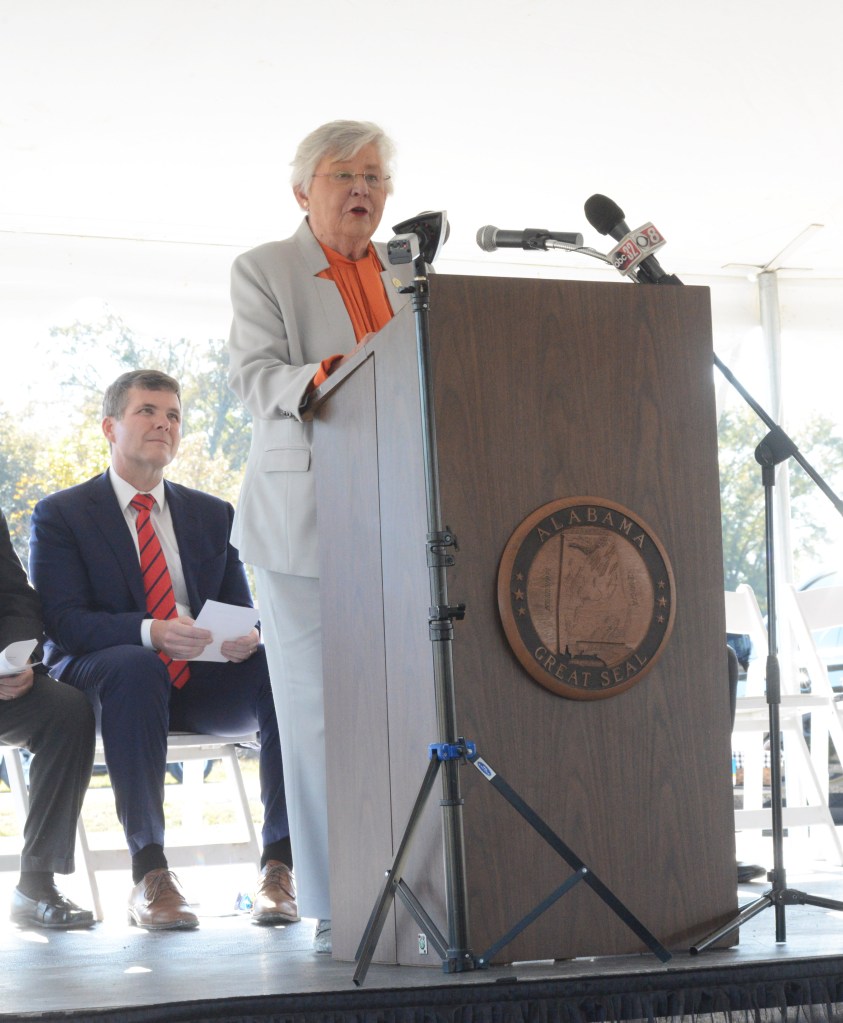 Gov. Kay Ivey spoke on the Linden Bypass project during a ceremonial groundbreaking ceremony on November 12.

Ivey touched on her Blackbelt roots when she spoke on her hometown of Camden in Wilcox County. She said that all her life she heard people say: “If we only had a governor who would just show a little bit of interest in the Black Belt, just imagine what we could do.”

Tuscaloosa Mayor Walt Maddox thanked Ivey for her work in making the project a reality.

In her closing remarks, Ivey highlighted how the groundbreaking in Linden is the beginning of a bright future for the Blackbelt.

“We are turning a page as well as some dirt on hearing about what the Black Belt and West Alabama might become one day. We are writing a new chapter on all we are going to accomplish together.”