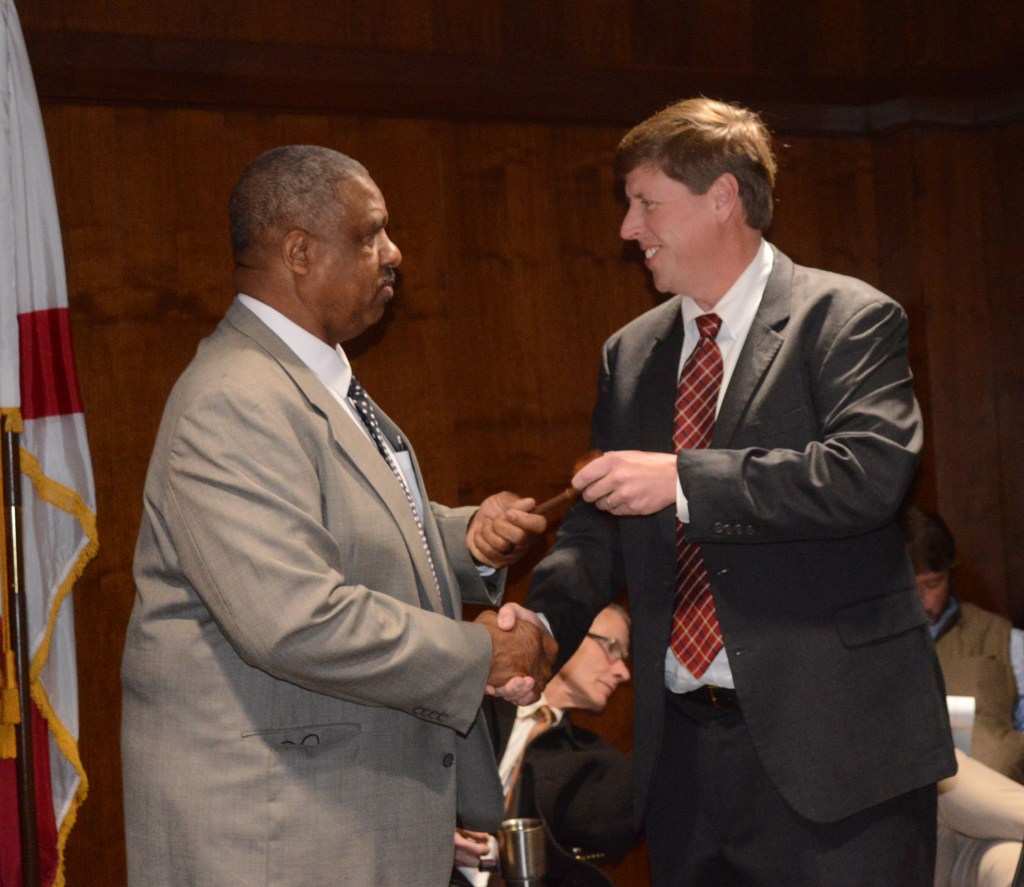 Former Marengo County Commission Chairman Jason Windham passes the gavel to Terry Hinton who will serve as the new Chairmen.

The first Marengo County Commission meeting of 2022 saw a change in Chairman as Jason Windham passed on the position to Commissioner Terry Hinton, and recognized Sweet Water High School for winning its 11th state championship on December 2, 2021. 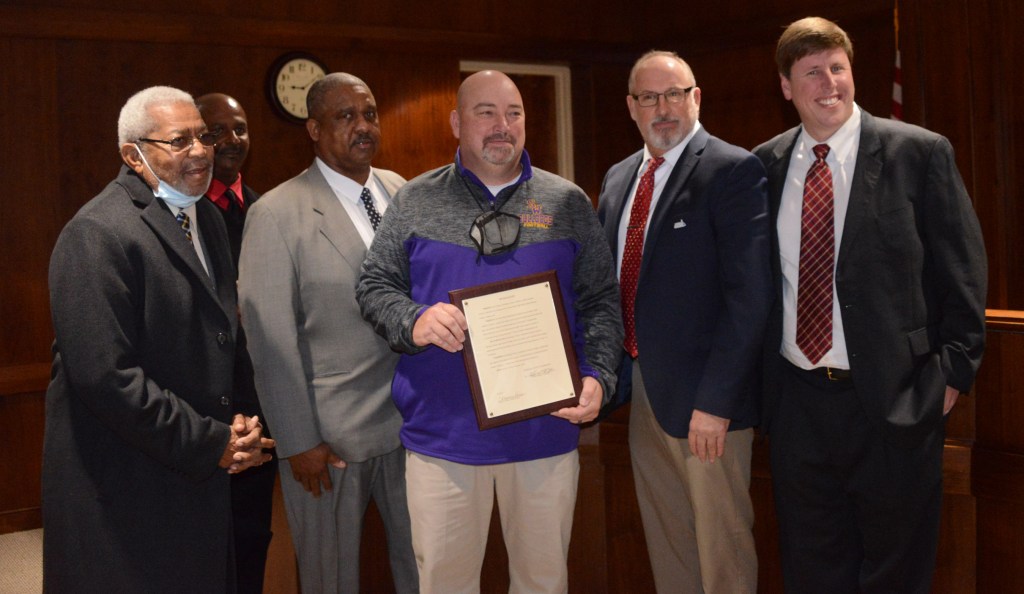 SWHS football coach Pat Thompson was recognized at the January 11 Commission meeting for his team winning the 1A State Championship.

SWHS football coach Pat Thompson received a resolution from the Commissions congratulating him and his team for winning the 1A championship. The resolution was presented by Commissioner Michael Thompson.

Representatives from the Moore-Wright Group and the Black Belt Community Foundation appeared before the Commission to request support in building storm shelters in Marengo County. President of the BBCF, Felicia Lucky, Chair of the Moore Wright Group Rev. Jessie Moore, and BBCF Community Engagement Officer Rev. Chris Spencer, spoke on how the two groups have supported non-profit charitable organizations in Marengo County, and how they plan to build storm shelters for rural communities like Thomaston and Sweet Water.

The Moore-Wright group has received support from Demopolis, Gallion, and Linden and has raised around $30,000. The raised money goes toward helping to fund the shelters through grant applications. Moore asked the Commission for their help in reaching other areas of the county that have not contributed.

Items approved by the Commission: 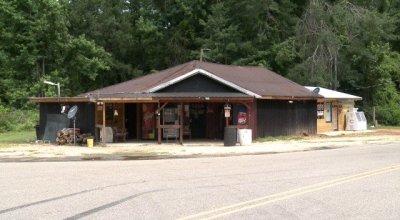