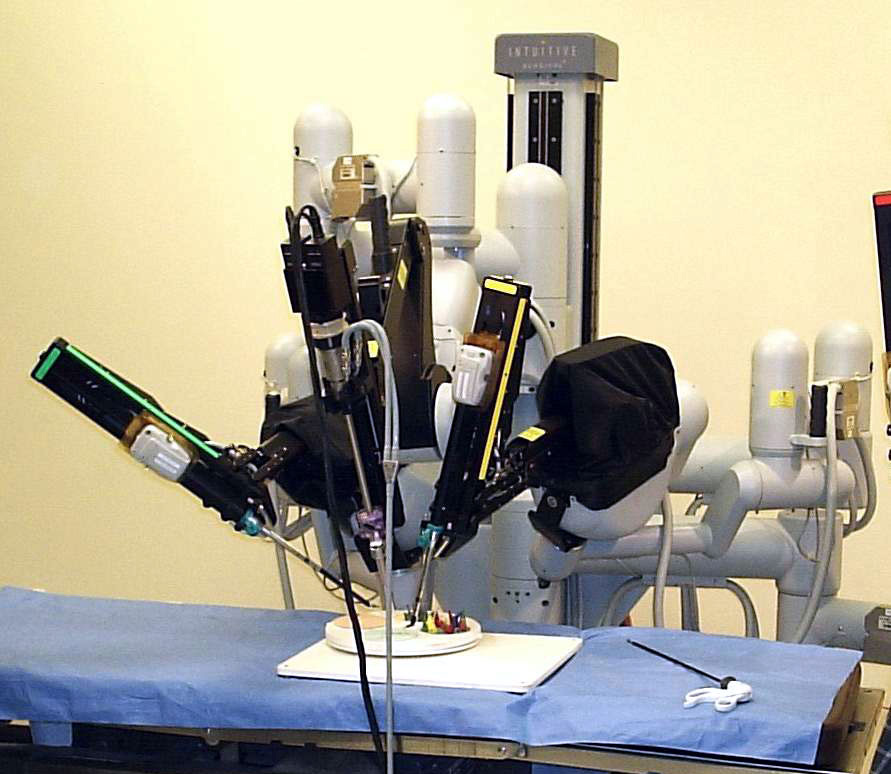 The Da Vinci systems all work to enable a surgeon to perform minimally invasive surgery.

Whitfield Regional Hospital will soon have a new robotic surgery system that will allow for minimally invasive surgeries. The hospital board recently agreed to purchase a Da Vinci XI robotic surgery device that is expected to be delivered sometime in March. A demonstration mobile unit will be at Whitfield on February 16-17 to allow the public to see how a Da Vinci works.

The Da Vinci surgical system gives surgeons an advanced set of instruments to use in performing robotic-assisted minimally invasive surgery. Though despite the term “robotic,” robots do not perform the surgeries. A surgeon performs surgery with da Vinci by using instruments that he or she guides via a console.

The Da Vinci has three parts; a surgeon console where the surgeon controls the instruments while viewing a person’s anatomy in high-definition 3D, a patient cart that is positioned alongside the bed and holds the camera and tools the surgeon uses, and vision cart that makes communication between components possible and supports the 3D vision system.

As stated on www.davincisurgery.com, the Da Vinci system translates a surgeon’s hand movements at the console in real time, bending and rotating the instruments while performing the procedure. The robotic arms move like a human, but has a greater range of motion.

Whitfield CEO/Administrator Doug Brewer described the Da Vinci as a “state of the art surgical robotic system” that is used in general surgery, urology, and colorectal surgery.

“It’s not something that a hospital our size would typically have, but we have some of the world’s best surgeons here in the form of UAB’s Dr. Gibson, Dr. Daniel Chu, and Dr. Kennedy,” said Brewer. “They’re all professors at UAB, and they’re all highly trained in using the surgical robot.”

Before the hospital agreed to purchase the new system, patients were sent to UAB for surgeries. Now with WRH having its own Da Vinci, patients will be able to stay in Demopolis for whatever surgery they need done.

Brewer said that Dr. Gibson is highly trained with the Da Vinci and will be using it for gallbladder surgeries and other general operations.

“It’s really exciting to think that we’re going to have something that state of the art here at our hospital,” said Brewer.

Brewer said that the addition of the Da Vinci will possibly bring in other surgeons to the Demopolis area to do surgeries here that have not been done in the past. Surgeons who are trained in using robotic systems like to stay in areas that provide this type of equipment.

Brewer said having the Da Vinci will greatly benefit the community because people can stay in Demopolis and have a state of the art surgery done. It will also benefit the hospital because it will allow the hospital to recruit more doctors.

Brewer said procedures with the Da Vinci should begin in April.