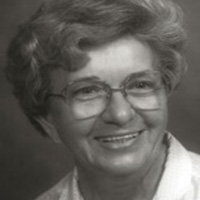 It is with both sadness and peace that we announce the passing of our loving mother, grandmother, and great-grandmother, Barbara Quarles Spruell, at the age of 89. She passed away suddenly and peacefully on the morning of February 2, 2022, in Birmingham, AL after a recent months-long decline in health. She is fully healed and at home with her Lord and Savior.

Barbara was born on June 5th, 1932 to the late Martha Louise Tucker Quarles and William Hicks Quarles in Tuscaloosa, AL and attended Tuscaloosa High School, graduating in 1950. She then attended the University of Alabama where she became a member of the very first class of the School of Nursing, later obtaining her RN certification in 1955. She worked in several hospitals in Birmingham, AL, before retiring to care for her growing family. However, she never hung up her nurse’s hat completely, continuing to care for family, friends, neighbors, and pets in that capacity for the entirety of her life.

Barbara met her beloved husband, Ralph, and they married in 1953 after only thirteen dates. Despite the brevity of their courtship, they were married for 59 years prior to his death in 2013. She was devoted to God, her family, friends, neighbors, church, and the Demopolis community. She was instrumental in working with the Lions’ Club to bring vision and scoliosis screening to all the elementary schools in Demopolis, benefitting many children. As her own children grew, Barbara found a second career volunteering at Demopolis Academy (later West Alabama Preparatory School) where her younger two eventually attended. She served the school tirelessly in every position on the PTO board and played a large role in helping Demopolis Academy become an accredited school. No athletic event concession stand, school fundraiser or Halloween Carnival was complete without her impeccable planning and participation. She enjoyed enlisting the help of many students in her various endeavors to beautify the school as well. Her tenure as a volunteer extended even beyond her youngest child’s graduation date. Never one to seek recognition, she was nonetheless delighted to be officially recognized by the school in 1986 with her name and image displayed prominently on a plaque in the school’s entrance.

An active member in the First Baptist Church of Demopolis, Barbara was also an amazing cook, an avid reader, and a meticulous record-keeper and historian. Always delighting in the simple things of life, she was most content when surrounded by her family. While living in Tuscaloosa, AL after retirement she regularly attended Holy Spirit Catholic Church and also enjoyed University of Alabama basketball games with her husband and close friends. Barbara’s friends will remember her as kind, gentle, joyful, generous, soft-spoken, quick-witted, and always ready to laugh. She always saw the best in other people. Her family was constantly amazed at her ability to solve Wheel of Fortune puzzles at lightning speed into her 80’s, despite her battle with dementia. In recent pre-Covid years she looked forward to the weekly meetings of the S.A.L.T. (Senior Adults Living Triumphantly) program at First United Methodist of Demopolis where she reconnected with old friends and made many new ones.

In lieu of flowers, friends are welcome to send donations to the following or any other charity of their choosing: