Demopolis woman charged with murder after striking a pedestrian 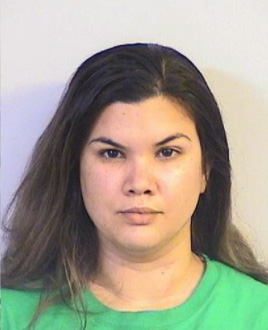 Angelica Quintana has been charged with the murder of Dennis Melton after hitting him on interstate.

A Demopolis woman has been arrested and charged with murder after she reportedly struck a pedestrian on Interstate 20/59 in Tuscaloosa.

The Tuscaloosa Violent Crimes Unit received a 911 call at around 11:14 a.m. Tuesday morning reporting a man trapped under a vehicle near Skyland Boulevard. Police identified the victim as 27-year old Dennis Melton of Demopolis. Melton was transported to DCH Regional Medical Center where he died a short time later.

The co-commander of the VCU, Captain Marty Sellers, said the incident was initially thought to be an accident. But, after further investigation, Sellers said there is reason to believe the collision was intentional.

Quintana and Melton were apparently involved in a domestic relationship at the time of the incident.

Quintana is currently in the Tuscaloosa County Jail with a bond of $500,000.