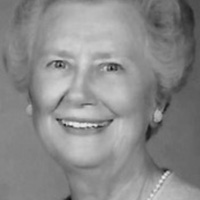 Martha Ann Lewis Richardson passed away January 25, 2022, at the age of 89. She was born on August 8, 1932, and was raised in Myrtlewood (Marengo County), Alabama. Martha initially attended Huntington College and graduated from Auburn University in 1953. After graduation, she taught school in Andalusia and Montgomery, AL.

Martha met her husband, Ben Richardson, in Auburn, AL after his return from duty in the U.S. Air Force and they married a year later, August 14, 1955. She and her family moved from Birmingham, AL to Decatur, GA in 1962 and was a resident of Dunwoody, GA since 1975.

Martha was a current and active member of Dunwoody Baptist Church and previously of Avondale First Baptist Church. She served as pianist in various capacities for senior adult choirs in both churches.

Martha was preceded in death by her husband of 64 years Dalton Benjamin Richardson, Jr. She is survived by her two sons, B. David Richardson (Jennifer) and Edwin L. Richardson (Dawn), plus 5 grandchildren and 2 great grandchildren. Martha is also preceded in death by her father, Alvin Tyson Lewis, mother, Minnie Lee Williams Lewis, and brother, Alvin Tyson Lewis, Jr.