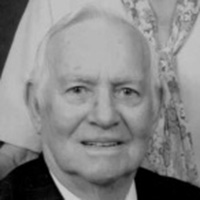 Thomas (Tommy) Graham, 92, of Demopolis, died February 6th in McKinney, TX where he has lived for the last five years to be close to his son Tommy and Daughter-n-law Michelle.

Mr. Graham graduated Elmore Co. High School in 1948 and served as a United States Marine in the early 50s. He worked with Liberty National Life Insurance Company for 35 years and retired in 1990.

Service will be held at Memorial Gardens Cemetery in Demopolis, AL Saturday February 12th at 12:30pm with good friend and Pastor Billy Boggs officiating. Larkin and Scott Funeral Home will be directing.