The City of Linden has a new spot of color in the new mural on the corner of E. Coats Ave. The brightly colored mural is painted on the side of a building owned by Pat and Lee Akins and welcomes southbound drivers to the city. 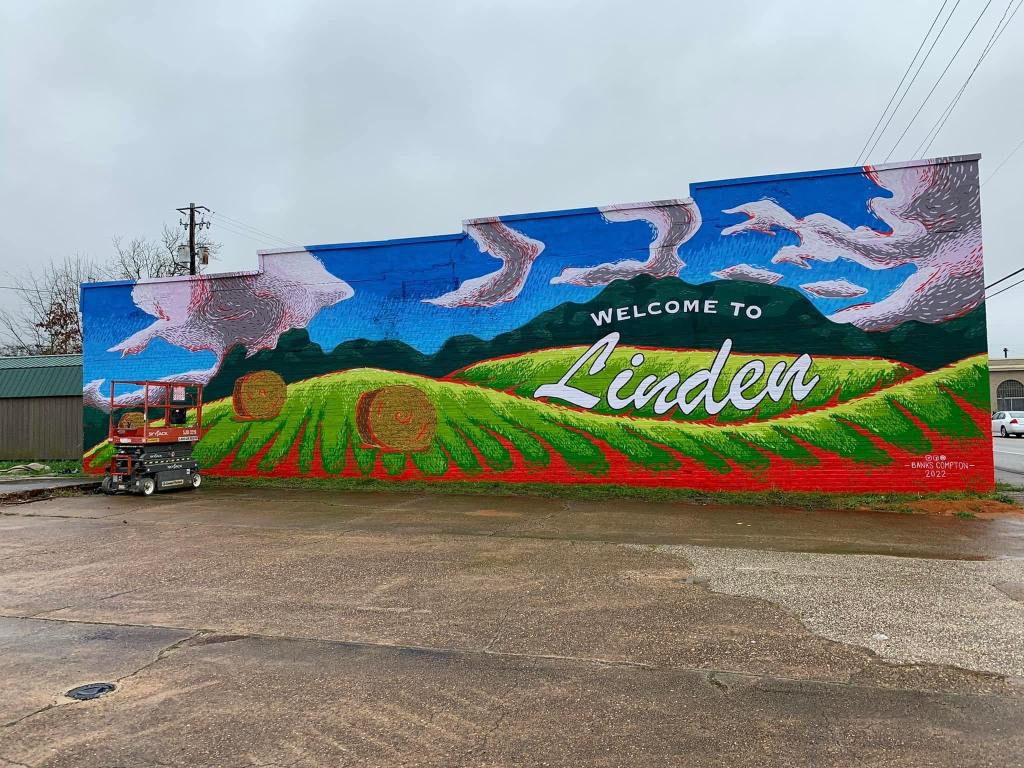 The City of Linden recently received a new painting to welcome travelers to the city. The mural was painted by DHS graduate Banks Compton.

The mural was painted by Banks Compton, a Demopolis High School graduate, who is also credited with creating the well-known rooster cutouts used for Rooster Day. Banks studied painting for four years at Rhode Island School of Design where he was the only student from Alabama amongst a 2,500 member student body.

Compton started painting when he was still in high school. He painted and sold pet portraits to buy his first car, and that was when he realized he could make money by creating art, something he enjoyed doing.

Compton said that the Chamber of Commerce contacted him and told him they wanted a mural painted somewhere in Linden to help with revitalization.

“I sent in some sketches for them to look at, and ultimately they wanted something that would represent Linden. So I came up with a familiar landscape that we see all the time here in Alabama,” said Compton. “It’s inspired by American regionalism in the early 1900s. It’s more whimsical, but it’s still recognizable to this area.”

Compton said he enjoyed painting the mural and how the community encouraged him while he was working on it.

“To see that my mural was starting conversations about revitalization and people getting excited about trying to bring life to the town was really exciting,” said Compton.