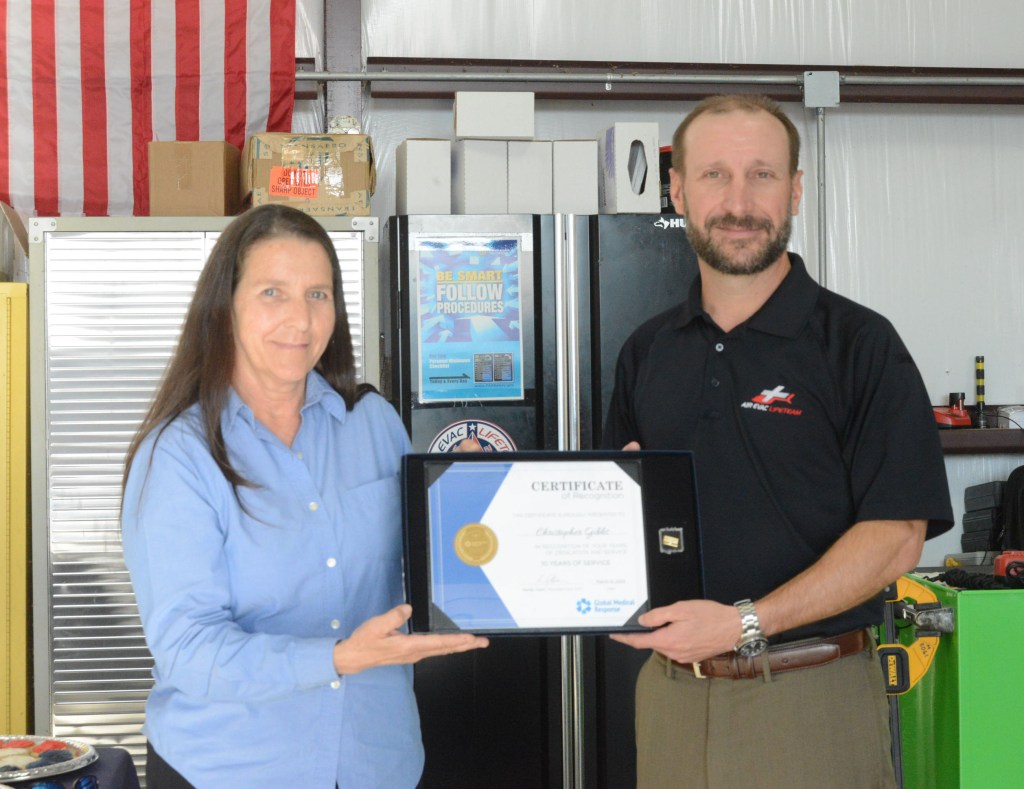 The Demopolis AirEvac celebrated its 10th anniversary last Wednesday, March 23. The AirEvac team welcomed guests to their hangar behind the hospital where refreshments were provided and awards were presented.

Program Director, Chris Gibbs, was one of three AirEvac members who have been with the air ambulance service since its opening in 2012, and one of four who received awards for their service. The other two employees who began in 2012 were Steve Smith, a 10-year flight medic, and Lindy Stephens, a 10-year flight nurse. Lane Mitchell is the pilot and he received recognition for his five years of service. 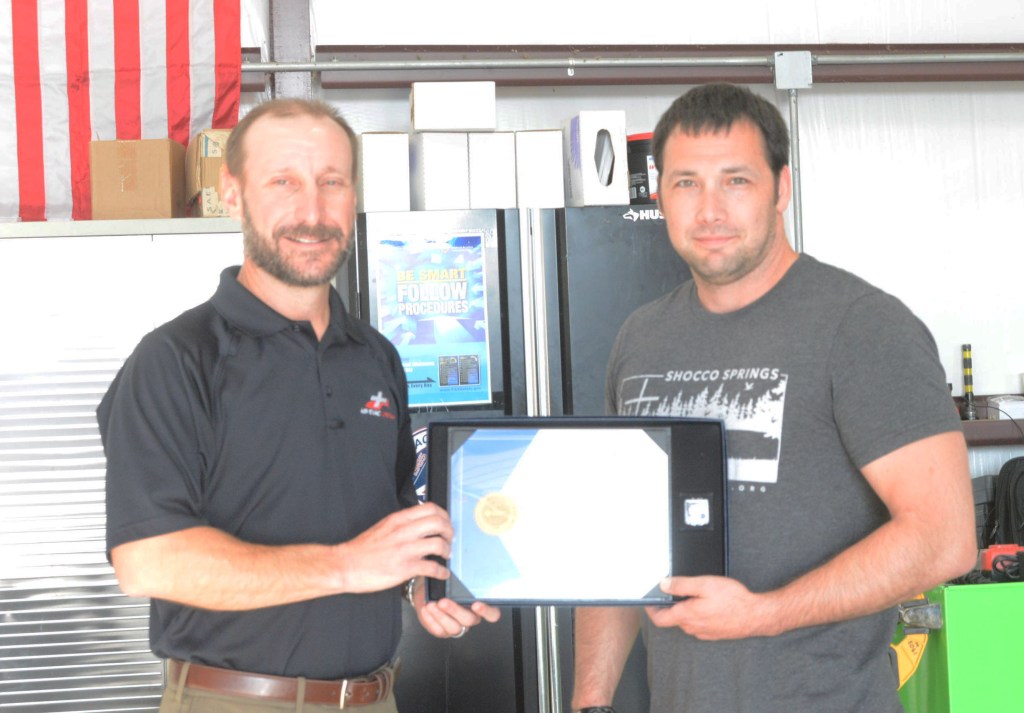 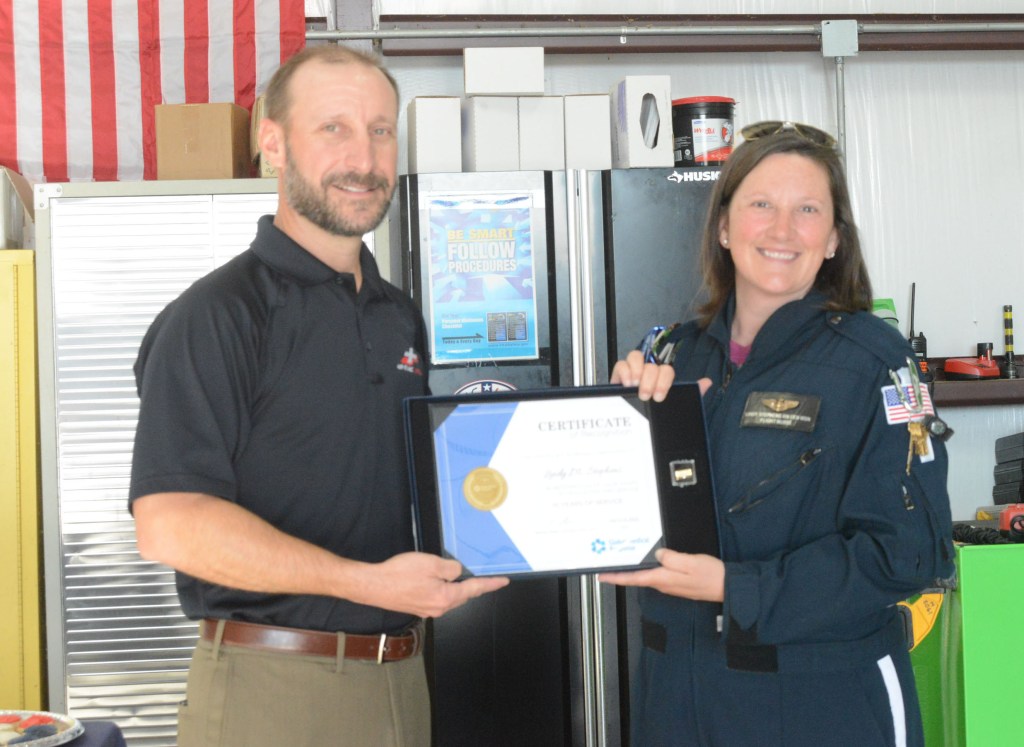 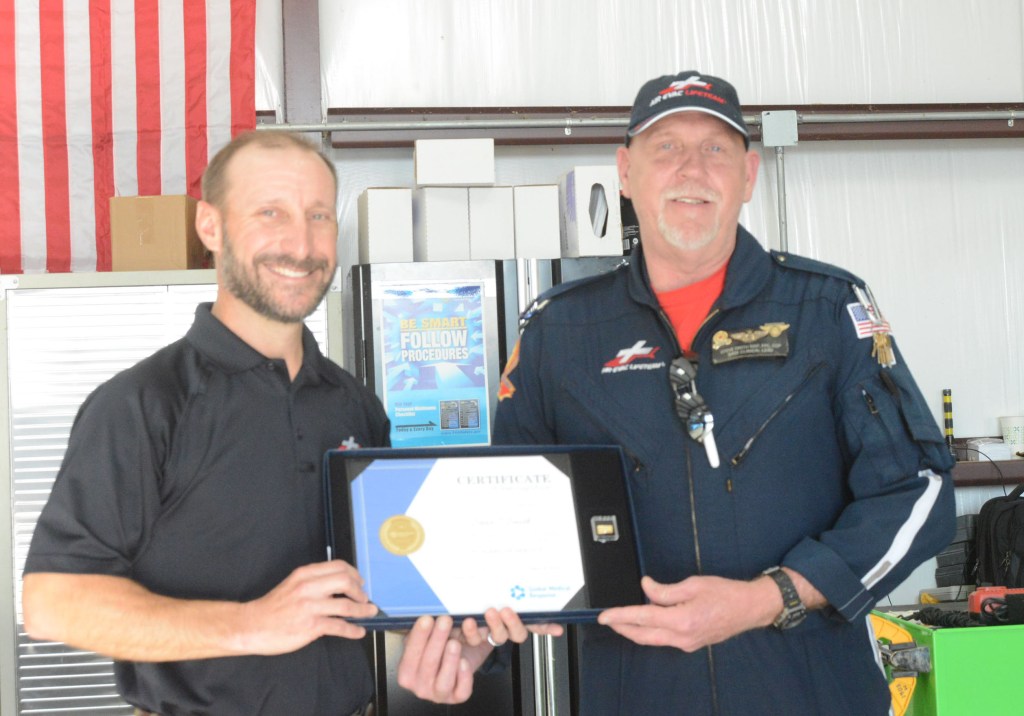 Gibbs’ award was presented to him by Debbie Jaggers, Senior Program Director for the Alabama bases. Jaggers spoke highly of Gibbs and the AirEvac team.

“Chris, Lindy, and Steve have been such an amazing group, and this base is an amazing base. I know that you are all blessed that they are here, and they certainly are blessed for all of you,” said Jaggers.

The Demopolis Air Evac was founded in 1985 by a group of individuals in West Plains, Missouri who saw a need for medical transport in rural communities. The group started out small before branching out to over 140 bases in 15 states, five of those bases are in Alabama.

The crew makes around 300 flights every year and the COVID-19 pandemic has increased the number of patients they have transported. Over half of their flights are transfers from one hospital to another, while the remaining flights are called scene flights where a patient is taken to a hospital from an accident scene.